It’s been a worse secret than was Ford’s bringing back the Bronco: Jeep is busily preparing the return of the Grand Wagoneer. Last week the company used an image of the Grand Canyon to hint at the pending arrival of something, well, big. Then, Jeep went a little further with its strip tease in publishing two new images of the revived Grand Wagoneer to further whip up interest.

The first image shows the Wagoneer lettering, accompanied by an American flag, seemingly part of the model’s logo. If anyone still doubted the coming arrival of a new Grand Wagoneer, this puts their doubt to rest. (Thinking back to the teaser image of the Grand Canyon, the use of the word Grand there could have meant the development of a new version of the Grand Cherokee).

The second image is of the start-stop button sitting within a box integrated into the dashboard, that appears to be in the form of a turn-wheel. Also discernable is some wood trim, as well as another button that could be part of the multimedia system. For the rest, everything’s left blurry enough to give our imaginations room to roam. 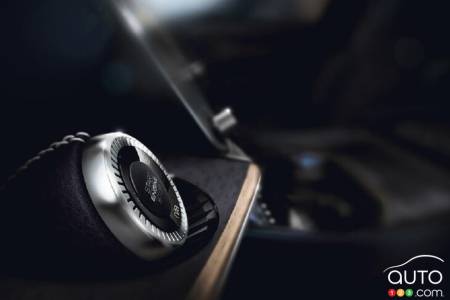 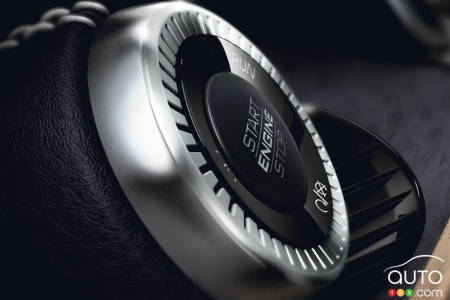 What is clear is that this will be one big vehicle, possibly on the scale of the Cadillac Escalade, Lincoln Navigator, Land Rover Range Rover and Mercedes-Benz GLS.

We also know that Jeep is working on a more “reasonably” sized Wagoneer to accompany the new Grand brute.

It’s refreshing to see Jeep finally come up with some new product to freshen up its lineup – though there has been the much-ballyhooed debut of the Gladiator, of course. That pickup should be joined in the lineup by the new Grand Wagoneer and Wagoneer models in the coming months.