During the design process for the new Jeep Grand Wagoneer, Ralph Gilles, design manager at FCA (Fiat Chrysler Automobiles), spent a few sleepless nights considering the pros and cons of bringing back the famed fake wood panels that adorned the model back in the day.

In the end, Ralph Gilles and his team decided against it. The thinking being that the two eras were as different as apples and oranges. In the time of the original Grand Wagoneer, fake wood paneling was a way to signal the high-end status of the model. The same philosophy applied to all those wagons produced at the time.

This week, the Canadian auto designer spoke to the Detroit News about the process that led to the decision to forego fake wood: “Philosophically, we looked at it for a hot second. We really did try, but the original was contact paper with a vinyl that was applied to the original car. It looked OK, and it made a statement, but they were desperately trying to establish a sense of luxury, which wood at the time was how you did it.” He added that “Today, we're using much different tools and design elements to stay luxury. Putting wood on this car would have just cheapened it actually”. 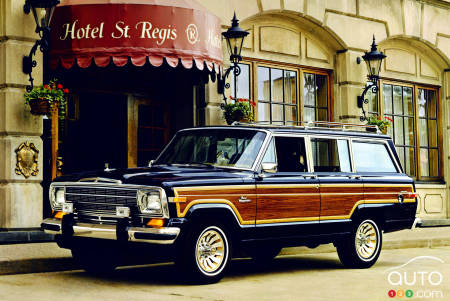 And so, instead of having wood-like stickers on its exterior, the new Grand Wagoneer, which is expected to arrive at dealerships in mid-2021, incorporates real wood on the inside.

The concept version unveiled this month uses blackened and heat-treated lace wood for the dashboard and doors, and teak for the headlights and roof rail trim. In the latter two cases, it's not certain those features will make it to the production version.

In the world of vintage vehicles, wood is worth its weight in gold - but we're talking about real wood, the kind that was found before the 1950s on some vehicles. That said, station wagons and other models from the 1960s to the 1990s with fake wood paneling are nonetheless very sought after by collectors. 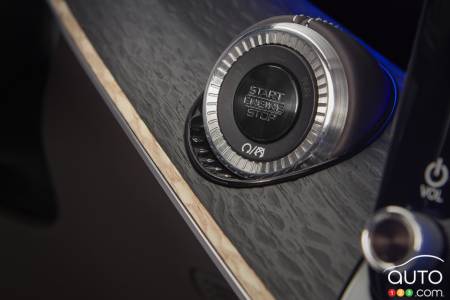