You've already heard of model cars in the automotive world, but what about giant models? With a height of 21 feet, this fully functional replica of a World War II-era Jeep Willys is hard to miss. It was built some time ago, holds a world record in the “category” and is now on display in the United Arab Emirates.

You might assume this over-sized version of Jeep’s iconic war hero was created to feature in an advertising campaign or for use in the making of a movie. In fact, it was commissioned by Sheikh Hamad bin Hamdan al Nahyan, a member of the UAE royal family, famous worldwide for his eclectic collection of more than 200 cars. It’s too large to fit entirely inside the pyramid-shaped museum he opened on the outskirts of Abu Dhabi, so instead  it’s therefore propped up on four wooden supports just outside, next to a nine-room trailer. The latter, by the way, takes the shape of the Earth, but exactly a million times smaller.

We suppose these are the kinds of things you come up with when you're more afraid of the end of the world than making ends meet... 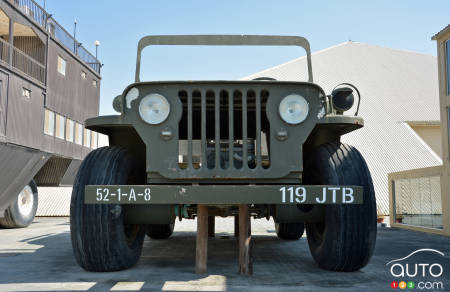 The amount of work that went into creating this giant functioning Jeep is clearly significant, but it should be noted that some of the replica’s details are not historically correct. Its grille, for example, looks more like that of a CJ model than that of the Willys. But that’s nit-picking, really; in general, it is surprisingly accurate. A huge axe and an equally impressive shovel are mounted on the driver's side of the body. A fuel canister larger than the average adult is attached to the rear.

As mentioned, this Jeep is functional and drivable, and that’s maybe the most amazing thing about it. Looking through the grille slats, you can see the full-size three-spoke steering wheel that turns the front wheels. There's an engine just in front of it; we don’t unfortunately, know its technical specifications. Of course, the vehicle hasn't moved much in recent years, but it was certified by the Guinness Book of Records in 2010 as the largest motorized vehicle on the planet. 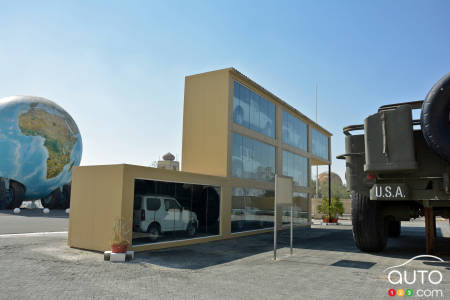 The cost of building this giant Jeep has never been made public, but we can guess it was high. Every component had to be built from scratch and assembled by hand. That's the kind of eccentricity a billionaire can afford. As if to prove that point, the sheikh also once had a replica of a Dodge Power Wagon made. 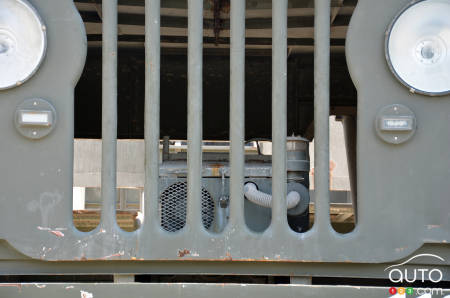 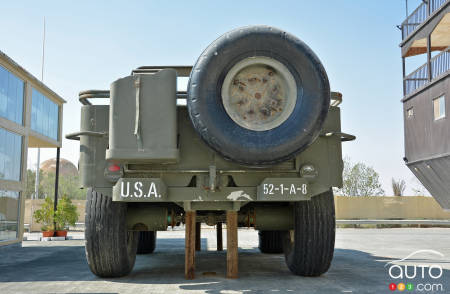 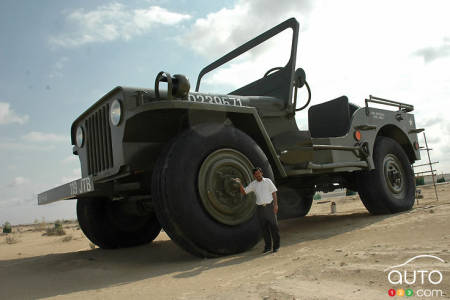 Photo: Jalopnik.com
The giant Jeep Willys, in the desert 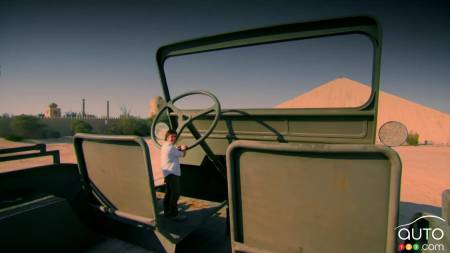 FCA tries to block Mahindra from selling Roxor in North A...

Imitation is not always the sincerest form of flattery: The FCA Group is trying to block Indian automaker Mahindra from bringing to the North American market...

There's something new in the Jeep Grand Cherokee lineup as the new generation debuts in 2021, with a new seven-seat L version, just unveiled. The regular ver...