The arrival of the Ford Bronco on the market is the best thing that could have happened to the Jeep Wrangler and a boon to off-road enthusiasts. The rivalry drives makers of both to surpass themselves - and we just got another example.

Just as production of the Bronco begins, Jeep is adding an even more capable off-road variant. con. The Xtreme Recon has one goal: to compete with the Sasquatch version of the Ford Bronco.

The Xtreme Recon package will be reserved for the Rubicon Unlimited and Rubicon 392 versions of the Wrangler. It adds 35-inch BFGoodrich All-Terrain KO2 tires mounted on beadlock wheels and a 4.56:1 axle ratio. An upgraded 1.5-inch suspension with retuned shocks will serve the Wrangler Rubicon, while the 392 model will stick with its standard 2-inch suspension. 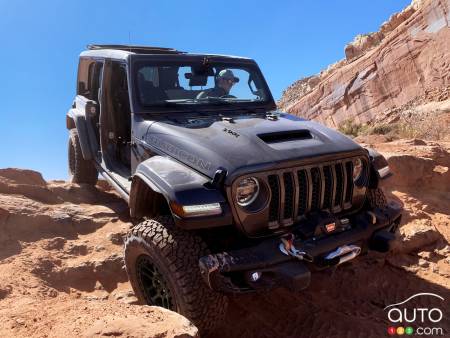 It's worth noting that the Sasquatch version of the Ford Bronco will be available from the initial launch of the model. By announcing its Xtreme Recon version now, Jeep is hoping to grab the wind from in front of Ford's sails.

In the world of more advanced off-road driving, it's all about clearance and approach and exit angles. A Wrangler Rubicon equipped with the Xtreme Recon package delivers on all counts. Approach angle is now 47.4 degrees versus the Bronco's 43.2; breakover angle is 26.7 degrees, slightly more than the Ford's 26.3; departure angle is 40.7 degrees versus the Sasquatch's 37.0; and when it comes to crossing water, the Xtreme Recon's 33.6-inch capacity outdistances the Bronco by 0.1 inch.

Naturally, ground clearance increases to 12.9 inches, in comparison withs 11.5 inches for the Bronco. The Rubicon 392 version doesn't fare as well on that count, but its 470 hp should make up for its shortcomings. 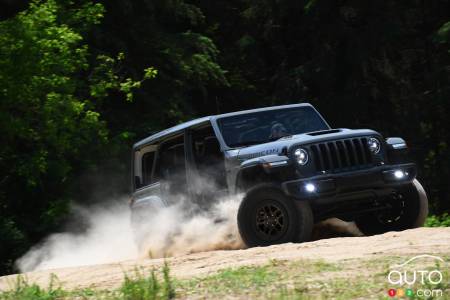 Pricing and other details of the Xtreme Recon package are expected to be revealed at the Chicago Auto Show in July.

Jeep will soon offer 35-inch tires on select 2021 models, for example with the Wrangler's new Xtreme Recon package. It remains to be seen if this will be lim...

The 2021 Jeep Wrangler Rubicon 4xe is a hybrid giant that would have been shocking to see just a few years ago. No longer. Here’s our review of a model that ...