Two weeks ago, Kia unveiled the EV6, a sleek and eye-catching electric vehicle that it plans to launch in the near-future. Somewhere between a car and an SUV (we’ll pass on using the ubiquitous term "crossover"), the vehicle is not only stylish, but also performs well. To that end, this week the automaker presented the GT variant, a high-performance version that will, Kia promises, pack quite an environmentally friendly punch.

The EV6 GT will feature an all-wheel-drive powertrain that consists of electric motors in the front and rear. In total, these motors will spit out a small army of 577 horses and deliver 546 lb-ft of torque. This "engine" will only be available with the larger of the two battery packs to be offered with the EV6. The GT version also gets a few distinct visual traits, in order to announce its colours.

The performance figures announced by Kia are impressive: a 0-100 km/h time of 3.5 seconds with a top speed of 206 km/h. The car will also be equipped with software that mimics the behavior of a limited-slip differential. 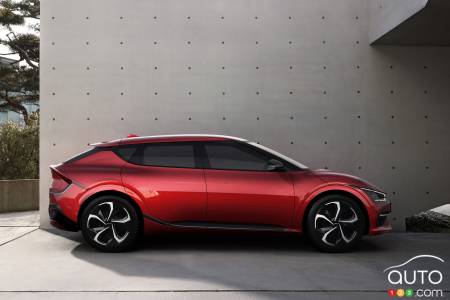 For its part, Hyundai has not announced a performance version of its Ioniq 5, a vehicle with which the EV6 shares its foundations. Will Kia get the exclusive or will Hyundai have something to announce on that front? Remains to be seen.

As mentioned, the styling of the GT version is somewhat different, as it gets more-massive wheels and tires, as well as more-aggressively styled front and rear fascias. The yellow brake calipers match the color accents found in the cabin, and the seats have a sporty look and receive aggressive upholstery.

Kia announced further that a GT-Line version will also be offered. It inherits the same visual traits as the GT variant, but gets the smaller of the two battery packs. 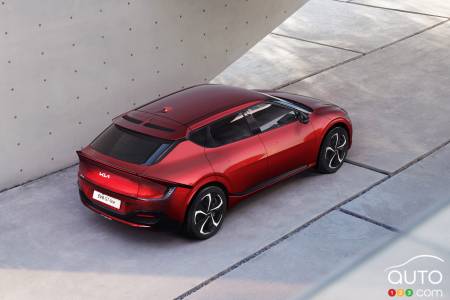 Kia says the rear-wheel drive and extended range configuration will offer a range of more than 500 km on the European WLTP cycle. Expect a lower range under the U.S. Environmental Protection Agency (EPA) cycle, probably around 400 km.

Kia will certainly provide more information about the EV6 in the coming months. The company plans to have the model go on sale in the second half of the year. Prices will of course be announced later. 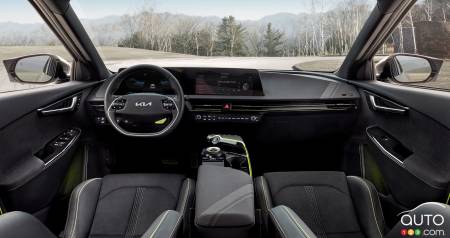 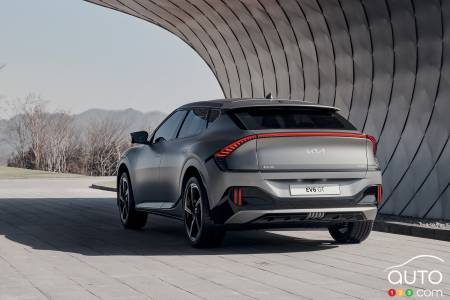 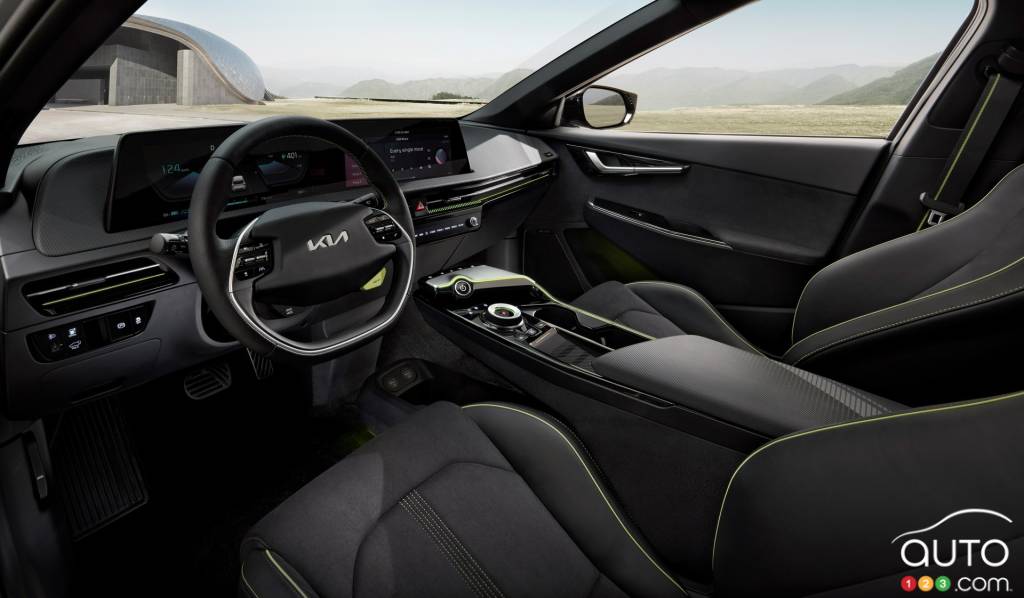 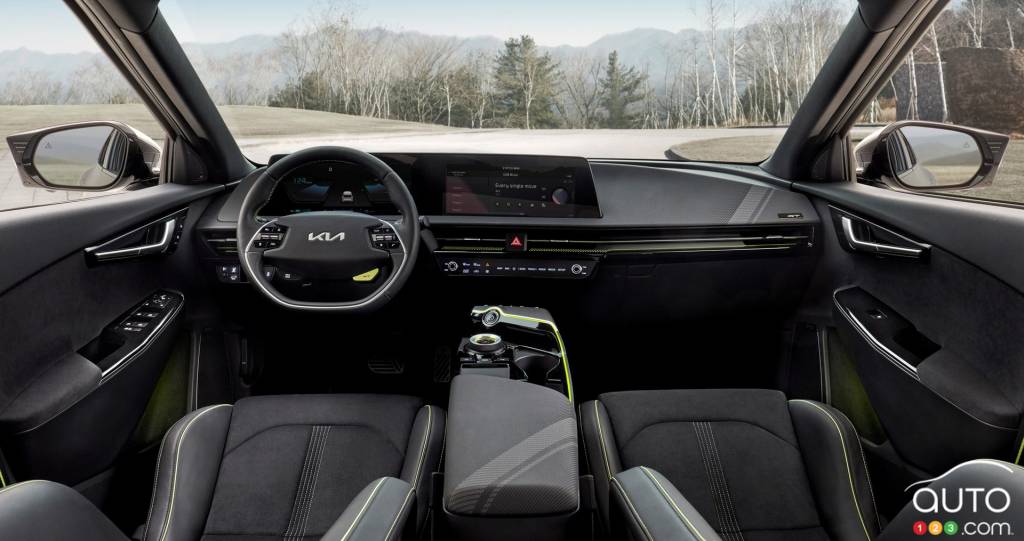 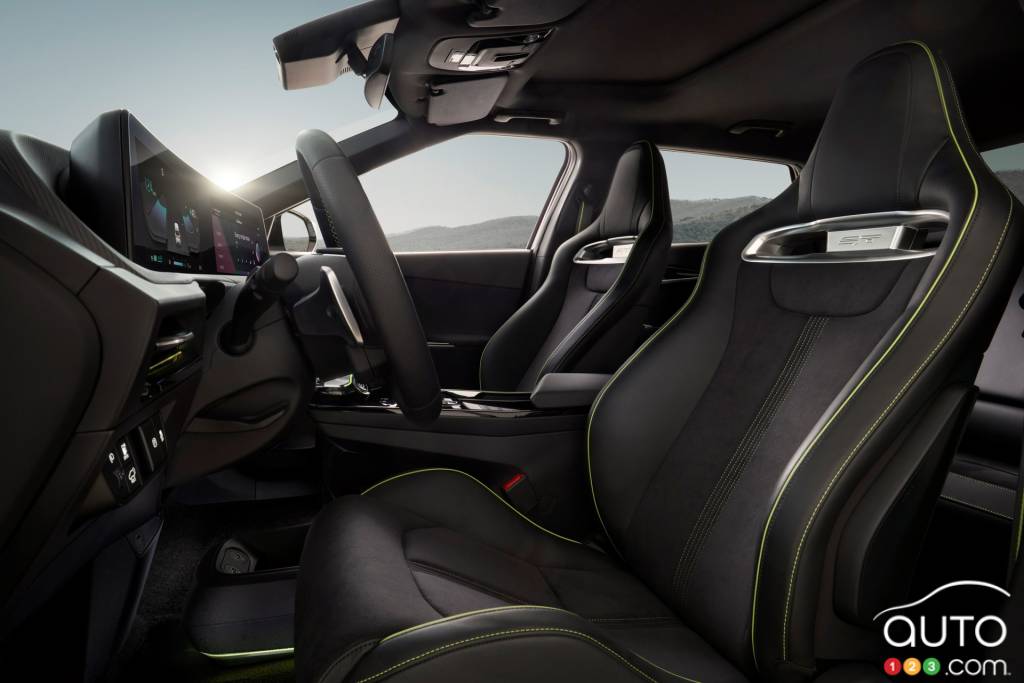 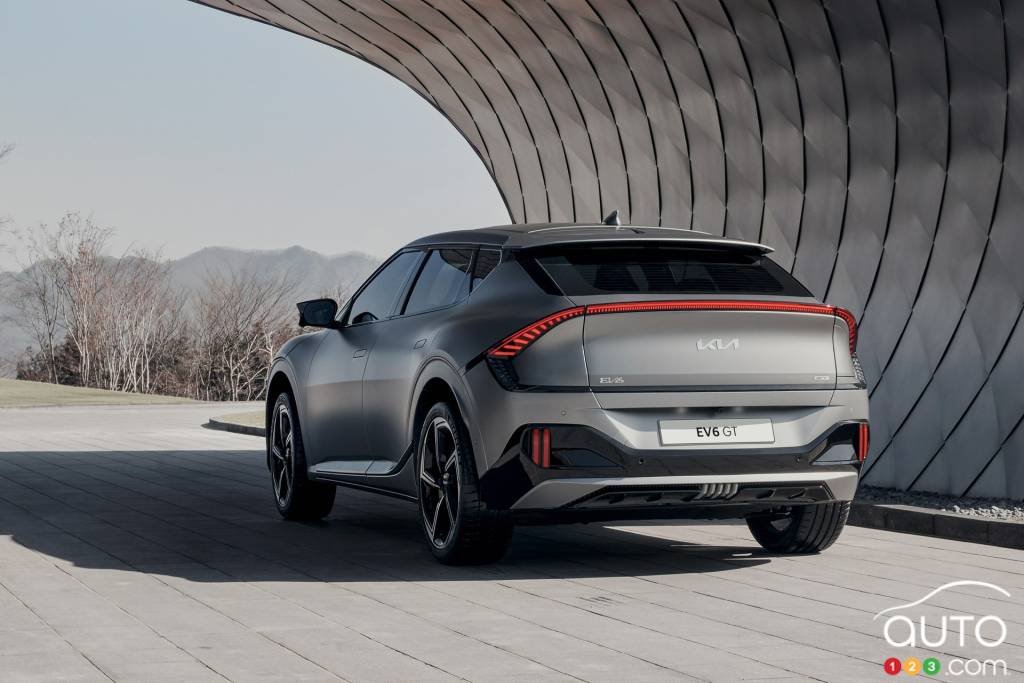