Kia announced Saturday that it is recalling 295,000 vehicles due to a risk of an engine fire.

This new recall comes in the wake of last week’s recall announcement by Hyundai in response to the same issue.

The Korean manufacturers accepted the verdict of the National Highway Traffic Safety Administration (NHTSA) that they had misrepresented certain information to the agency regarding the recalls.

Kia's civil penalty amounted to $70 million, including an initial payment of $27 million and an obligation to spend $16 million on certain safety measures. A further $27 million in deferred penalties could be applied if Kia does not comply with the requirements.

Dealers will inspect the engine compartment of the recalled vehicles for potential fuel or oil leaks. They will then perform an engine test and make any necessary repairs, including replacement of the engine if required. Kia said it is currently developing a software update for the engine knock detection system.

The settlement with the NHTSA also covers recalls in 2015 and 2017 regarding manufacturing issues that could lead to bearing wear and engine failure.

With respect to this most recent recall, NHTSA initiated an investigation in 2019 into fires that were not related to accidents. In July, the agency recommended that Kia recall certain models that had received a higher rate of fire complaints.

Kia said on Saturday that “based on NHTSA’s recommendation,” it had made “the decision to recall certain Kia vehicles as a preventative measure to mitigate any potential fire risk”. 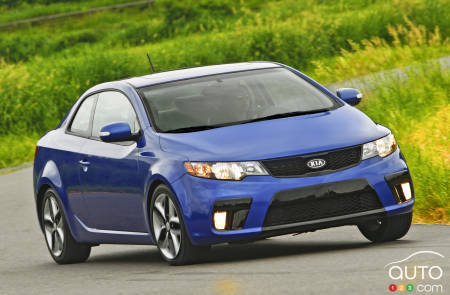 Toyota says it will be recalling some 373,000 2009-2015 Venzas due to a potential problem with the deployment of certain airbags inside the driver's door. Ab...