Hyundai's North American division announced that it has reached an agreement with the National Highway Traffic Safety Administration (NHTSA) following an investigation into the manner in which it conducted a recall. The agreement stipulates that the company may be required to pay up to $210 million in fines.

The problem involved 2.4L and 2.4L Theta II four-cylinder engines found in 2011-2014 Hyundai Sonata cars and 2013-2014 Santa Fe Sport SUVs, in which metal debris created during machining operations caused premature wear of bearings, which in turn could cause engine failure.

NHTSA's investigation found that the manufacturer failed to recall 1.6 million affected vehicles within a reasonable time frame and that Hyundai did not provide accurate recall information.

The penalties include a $54 million USD fine to be paid first, an agreement to spend $40 million to improve safety operations, and a potential additional $46 million fine that could be imposed at a later date depending on how Hyundai meets NHTSA's requirements under the new consent order.

Kia, through a separate consent order, was fined $27 million and received a potential future fine of $27 million, plus it will need to pay $16 million for safety process improvements. This decision is related to a separate recall that names the 2011-2014 Optima, 2012-2014 Sorento and 2011-2013 Sportage models. These vehicles were equipped with the powertrains mentioned above.

The automaker says it will implement new computer systems “to better analyze safety data and identify potential safety issues”, and commits to developing a test and inspection laboratory in the United States.

Hyundai also said it has issued a second recall for vehicles that have already had their engines replaced. This decision is being made “out of an abundance of caution," the company said, adding that it will “inspect and confirm proper reinstallation of the fuel tube to the high-pressure fuel pump.” 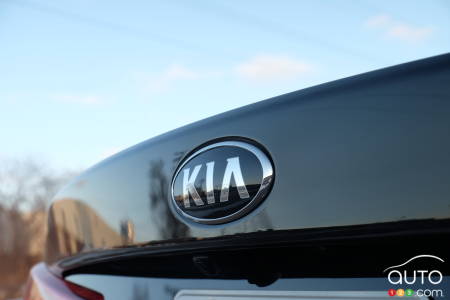 Kia announced it is recalling 295,000 vehicles due to a risk of an engine fire. This decision comes after the company was taken to task by the NHTSA for not ...

Hyundai and Kia are recalling approximately 643,000 vehicles in North America. The recall involves a fire hazard due to a brake fluid leak, and affects certa...

Articles By
Daniel Rufiange
The Average Price of a New Vehicle in Canada ...
Article
$155,000 for a NASCAR Car Driven by Jeff Gordon
Article
The 2021 Dodge Durango SRT Hellcat, Priced $1...
Article
More from this author