When the pandemic began in the spring of 2020, many were preparing to head to theaters to see the 25th installment of the James Bond series, No Time to Die. The release of another movie in the franchise is for us the occasion to see not just Agent 007 in action, but the cars that feature in it.

Last year, we were promised a new model on screen that was not even at dealerships yet: the Land Rover Defender. With the two delays that pushed back the release of the movie by 18 months – it’s now set to hit theatres in October) – we now get a model that’s already out on the market, and that in fact we’ve already driven.

All is not lost, however: fans of Land Rover and of James Bond still have something interesting to look forward to. The British automaker has announced a special Bond Edition of the Defender, obviously inspired by the models seen in the movie. 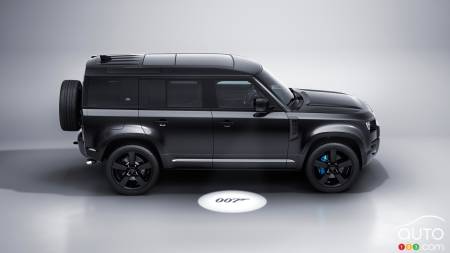 On board, the touchscreen shows a special animation when the model starts, a sequence of course inspired by the world’s most famous (and thus least secret) secret agent.

The 5.0L supercharged V8 engine that serves is the same seen in the 110, with its 518 hp and 416 lb-ft of torque of output. However, the V8-powered Defenders benefit from specific settings for the suspension and the 8-speed automatic transmission, as well as an active (electronic) rear differential.

Realistically, don’t expect to see any of these Bond Editions roaming Canadian roads - production will be limited to 300 units. 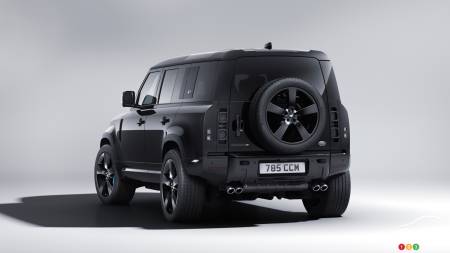 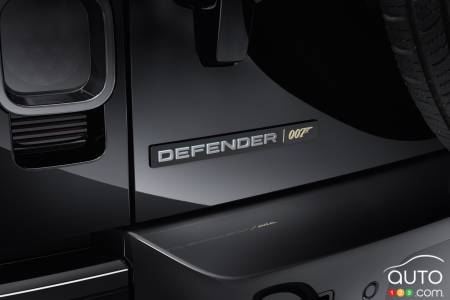 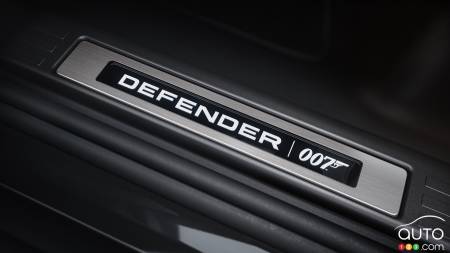 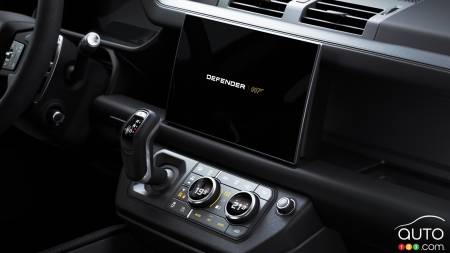 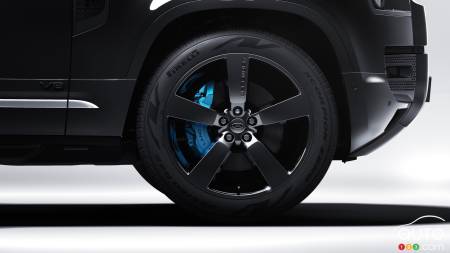 Land Rover is marking its 75 years of existence with a limited-edition 2023 Defender, decked in Grasmer Green and only 75 of which will be offered in Canada.