Land Rover is planning on changing direction with its Discovery SUV. The British brand’s CEO, Thierry Bolloré, spoke with Auto Express last week and explained that the company intends to present an overhauled model in the coming years, one that could be the start of an entire branch of its lineup, much like with the revised Defender model.

Rather than having one model cannibalize sales of another within its lineup, it seems Land Rover is thinking of reinventing the model and its mandate on the market. And given that the Defender comes in different sizes (the largest of which can fit up to eight occupants), ditto with the Range Rover, which can be had in a seven-seat configuration, the reinvention has to come down to more than size. Here’s what Bolloré Is saying:

“We are completely reinventing Discovery. We believe there is a space for it, but we have to be creative. Defender is such a success that it has eaten a part of what was the territory of Discovery. Defender is a brand. We believe that Discovery could be a brand as well. We are looking at how we present our future line-up – it’s something we have in mind.”

If the goal is to create for the Discovery a space as a brand, just like the Defender and Range Rover benefit from, what then will that space looke like? Bolloré says the automaker is leaning towards the idea of producing “a real family car for the most discerning families. Discovery has to, and should, play this role that could disappear from the market otherwise – in the luxury segments at least. The Discovery will be that car.”

So we could see a more refined and upscale Discovery debut in the coming years. It’s also likely it will get a new platform to sit on, with an eye to having the possibility of introducing electrified variants. According to Auto Express, that may mean a future model built on the MLA platform of the new Range Rover and Range Rover Sport.

What’s also likely? An increase in pricing for the model. 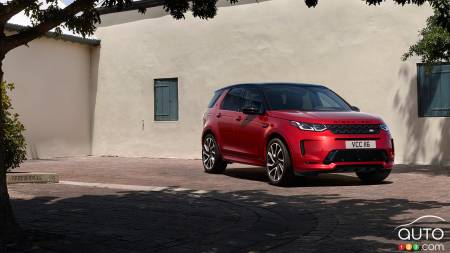 CEO Bolloré was less emphatic when asked about the future prospects of the Discovery Sport, meanwhile. “We don’t know yet”, he said, which seems straightforward enough. But given that the idea is to produce a range of Discovery models, the absence of a decision in the Sport’s case probably means that new Discovery models joining the lineup will probably be bigger and more luxurious than the Discovery we know. A long-wheelbase version is a logical possibility.

This is all very preliminary, obviously, and before we see where Land Rover goes with Discovery we’ll be welcoming the all-electric Range Rover (in 2024). After that, expect five new Range Rover, Defender, and, yes, Discovery models by the time 2026 is through.