As a Christmas like no other looms on the close horizon, we give a particular shout-out to those who will spend it alone. If there’s ever a year worth dreaming up cheery and original gift ideas, this is it. Right on cue, here’s a detailed Lego set reproducing the celebrated 1959 Cadillac used in the Ghostbusters film series.

The set might not be for impatient types, though. This hearse consists of 2,352 pieces that need putting together. But when you’re done, you’ll have in front of you the movie’s famed Ecto-1. This isn’t the first Lego version of the 1959 Cadillac hearse to be produced, but it’s the most detailed according to Lego. When assembled, the model is 18.5 inches in length.

The timing of the new Lego set, other than its prime-time slot as the Christmas shopping season gets underway, is also related to the Ecto-1’s return to the big screen in Ghostbusters: Afterlife, set to release next year.

The latest movie in the series is actually a direct sequel to Ghostbusters II, which released in 1989, and is set 30 years after the events of that movie. Original actors Bill Murray and Dan Aykroyd reprise their roles in the new film. 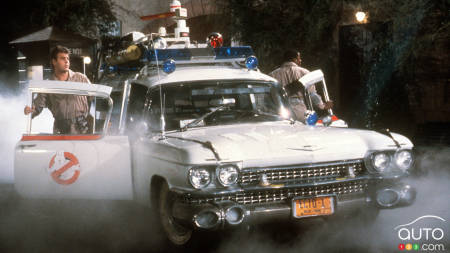 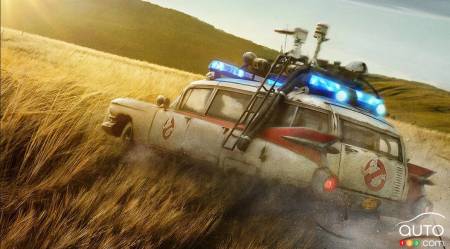 The Ecto-1 is an icon within the Ghostbusters universe.  The new Lego version includes functional steering wheel and hood, as well as an extendable seat in back. According to Lego design boss Michael Psiaki, the model is packed with authentic features and several surprises that fans will discover as they assemble it.

Given the size and level of details of the set, the price is $259.99 CAD is, though very steep, hardly surprising. The model ships out to buyers starting November 15.

The Ford F-150 Raptor Now Exists as a Lego Set

The Lego company has put together a set starring a new iconic model of the industry, the Ford F-150 Raptor. The 1,379-piece set can be ordered now on the com...