Toyota, and Lexus for that matter, are behind the curve when it comes to electrification. While the Japanese giant has long been a leader in the field of hybrid technology, it's been slow to come up with fully electrified models.

That, it is becoming clear, is about to change. Already, Toyota has announced it will present a model at the Shanghai Motor Show in April. And next week, Lexus says to get ready for a first look at the design signature it plans to adopt for its future all-electric models. Its show and tell on March 30 will lay out the company’s plans going forward, and it will include the unveiling of an all-electric SUV concept.

In advance of that world premiere event next Tuesday, Lexus has shared some images of the concept.

For now, the automaker is keeping additional details to itself, but the new images give us some idea of what to expect. In true teaser style the images are dark, so we see little more than silhouettes, but what we see looks pretty good. The model is cut in a coupe style, which is very fashionable these days with this type of vehicle. Most notably, we can see that it’s an SUV.

The prototype’s nose appears quite straight and the Lexus signature, which takes the form of an hourglass-shaped grille, seems absent. It's still hard to see, and since we're dealing with an electric model that doesn't require a traditional grille, the designers may have found another way to preserve the front signature. We'll find out on March 30.

LED lighting will be prominent, though, and we can even see that the front logo will benefit from it.

As for the rest, we'll have to wait and see what the company really has in store for us. We'll see you next week for more information on the model that will be presented. 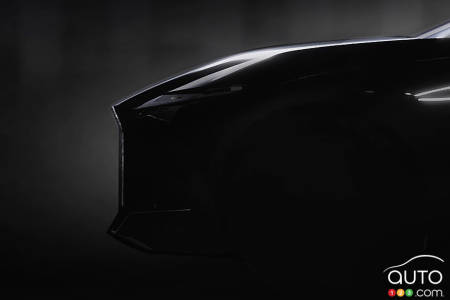 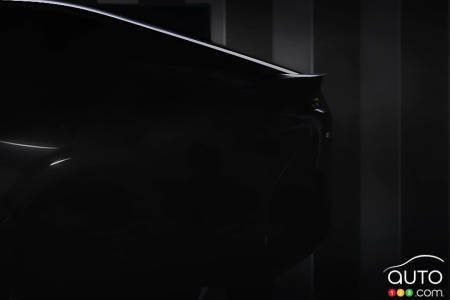