As part of its major announcement today revealing the outlines of its electrification plan, Toyota also previewed a number of electric-vehicle concepts that will carry both the Toyota and Lexus badges. As part of the festivities, we saw some new images of a model that has already been teased: the future RZ all-electric crossover from Lexus.

In many ways the luxury counterpart to Toyota first all-electric SUV, the bZ4X (and to Subaru’s Solterra, while we’re at it), the Lexus RZ shares many of that model’s foundations and components, so we know at least some details about what will make the EV tick. The new images reveal more about the looks of what will officially be known as the RZ450e, however.

So what do we learn? From two of the images, basically, more about what the front and back ends of the vehicle will look like. Not surprisingly, the RZ’s front fascia is inspired by the brand’s spindle grille, though with the absence of a gas engine and no need for air cooling, the surface is flush. Framing it are headlights that evoke those on the most-recent IS compact sedan and NX compact SUV models. The bZ4X connection is clear with black wheel arch surrounds and a black element below the headlamps. With the Lexus those two features are not connected like on the Toyota, however.

In back, a light bar beams a straight line to the latest crop of new Lexus SUVs, and there are protrusions above the read window that evoke the rear spoiler of the Toyota CH-R. 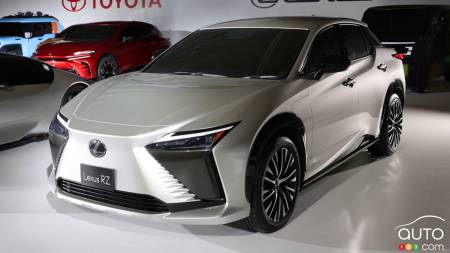 Meanwhile, side views shared as part of the Toyota presentation show a close evolution from the LF-Z prototype seen previously, with some character lines erased and others made more prominent.

Also previewed today was something called the Electrified Sport, blessed with a super long schnozz and very seductive lines, and said to be inspired by the LFA. Lexus is making promises with this performance, some to do with actual performance (0-97 km/h in 2-point-something seconds) and some with range which it says will reach 700 km. There’s talk it could run on solid-state batteries.

There was less to report on the other Lexus concepts previewed today, predictable given the imaginative designations they received: Electrified Sedan and Electrified SUV. The former looks vaguely sport coupe-ish, the latter like an SUV, but boxier than the RZ, and which could conceivably house three rows of seats. 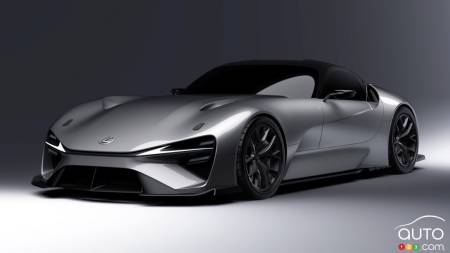 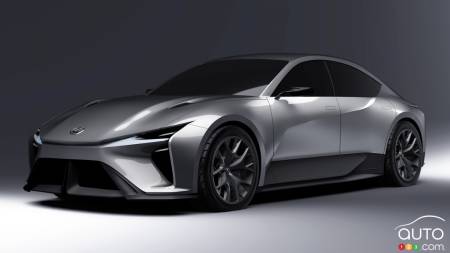 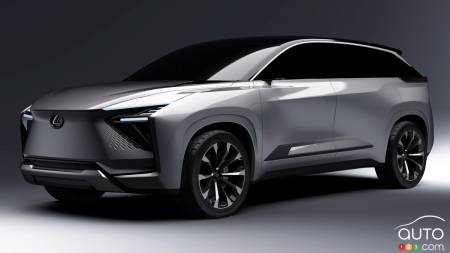