As a rule, concept cars are made to make us dream. In some cases, we get ones that are very close to production-ready, but most of the time the prototypes we discover at auto show are nowhere near that.  There’s another subset of concepts: the ones that will see the light day when heck freezes over. These serve as weapons of shock and awe, and also to preview the possible future design directions of a brand.

A perfect example is the Lexus LF-30 Electrified concept. The winged creature first made its debut at the Tokyo Motor Show last month, and it’s now flown in for the show in Los Angeles to be admired up close by visitors to that event. 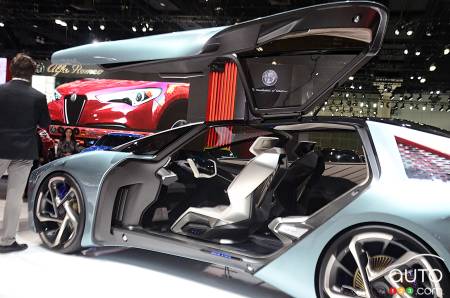 Let’s start with an understatement: the design is… different. It’s difficult to call it beautiful, exactly, so futuristic and unique is its appearance. Straight out of 2050 or so…

The model serves to preview the future designs of Lexus electric vehicles in the future, in the long-term future to be precise. It also ties in with the company’s celebrations of its 30 years of existence as Toyota’s luxury brand.

Beyond the massive front and back ends of the thing, the most striking feature of the Lf-30 is obviously those big butterfly-wing doors, which frankly we’d pay to see in action in an indoor parking lot! 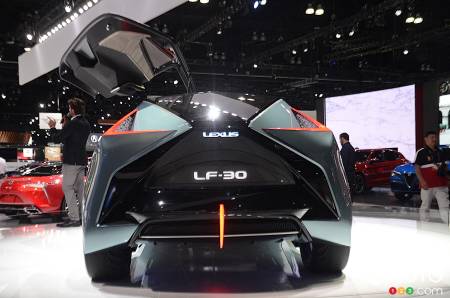 When deployed, the doors reveal a cutting-edge interior that looks very impressive. Once inside, occupants would have precious little to do, since this is a conceived as a self-driving car. There’s a steering wheel but it recesses into the dashboard, while the seats can be reclined to give the front occupants optimal rest time.

A Lexus teammate mode allows users to have the car park itself, among any number of other tasks. The LF-30 even comes with its own drone that can transport luggage or the groceries to your door. 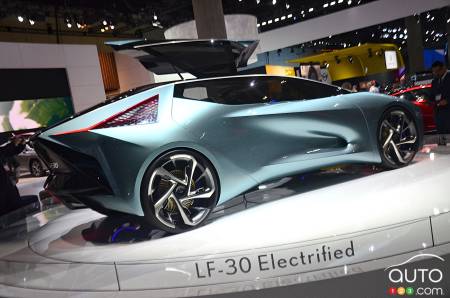 In terms of hardware, the concept is designed to house four electric motors, each one connected to one of the wheels. Combined output is given as 536 hp and 516 lb-ft of torque. Who knows, maybe these numbers will look pathetic in 2050. 0-100 km/h acceleration can be done in 3.8 seconds. 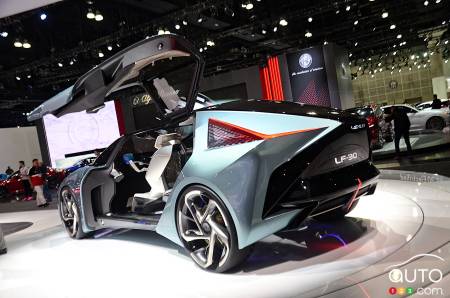 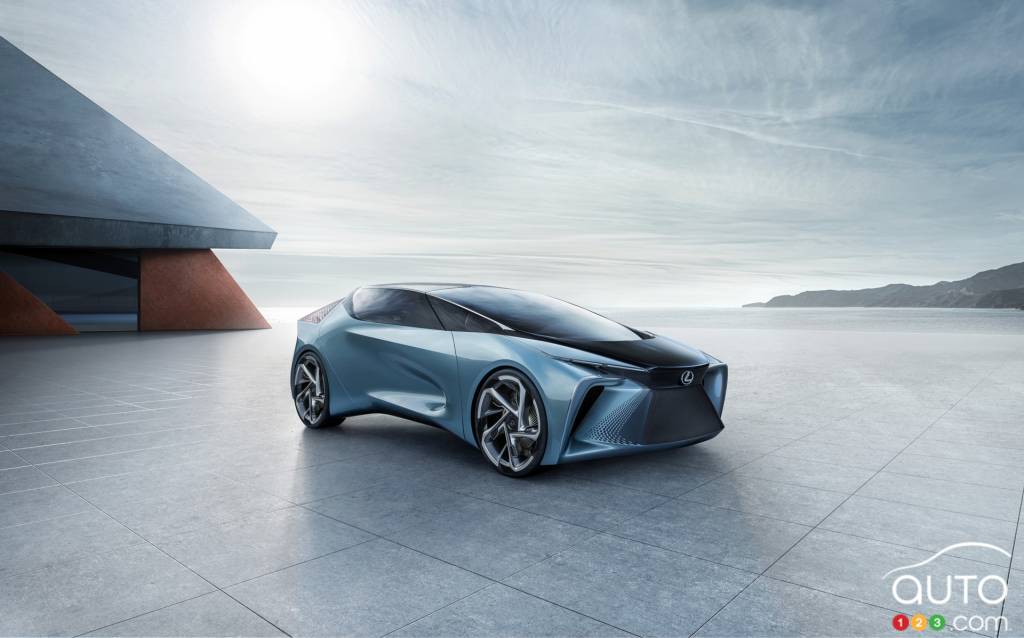 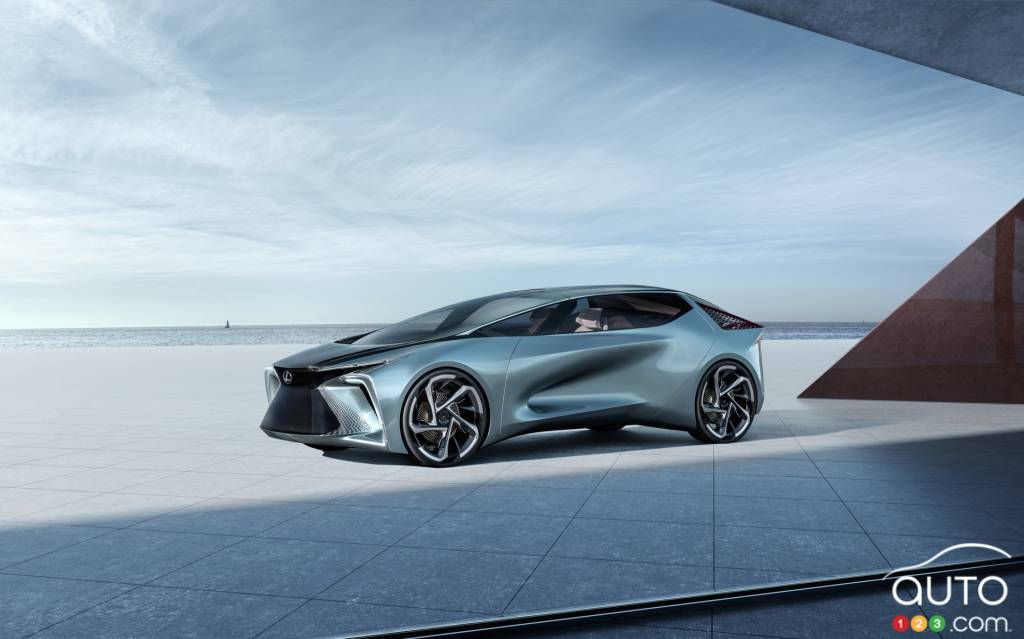 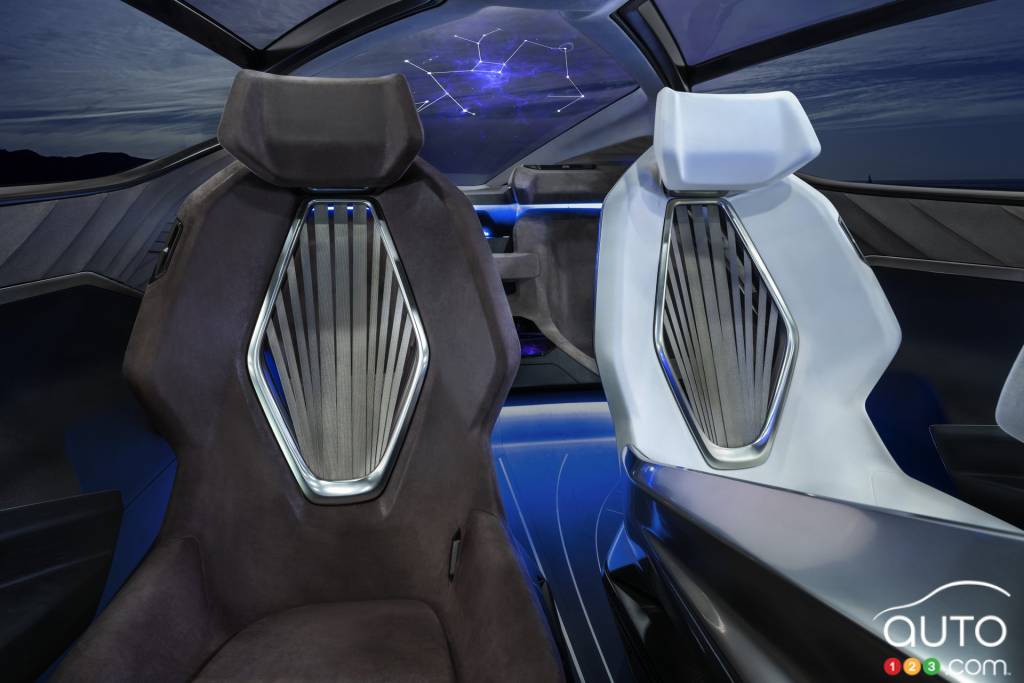 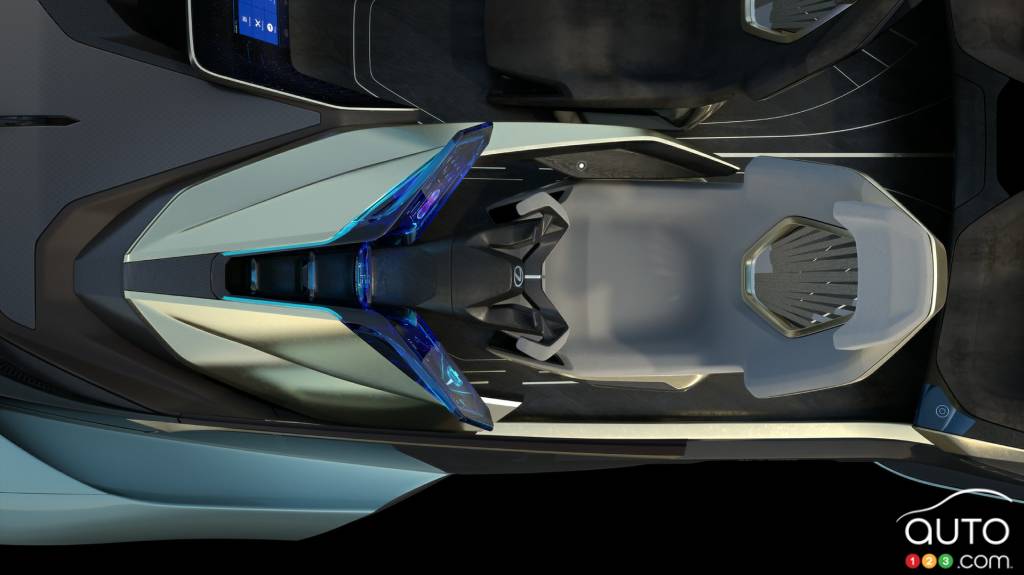 Mini Urbanaut: A Box Containing the Interior of the Future?

The Mini Urbanaut is a concept that envision what future self-driving vehicles might be like on the inside. In an ideal future world, the boxy vehicle would ...

Lucid Motors has finally unveiled its Lucid Air sedan. The electric car, which will be offered in four configurations, delivers maximum power output of 1080 ...