The New York auto show takes place during the third week of April, and Lincoln will be there with its new Corsair. The SUV will replace the current MKC on the automaker’s roster.

A new teaser image released by Lincoln doesn’t actually reveal much other than to show the general profile of the vehicle.

The departing MKC was the second-best model in the Lincoln lineup behind the Nautilus. Originally the new Corsair was not supposed to launch quite so soon, but it seems Ford slammed on the accelerator to get the product out ASAP. And we say Ford, because in fact the Corsair is the close cousin of the Escape from the Blue Oval manufacturer.

The new Escape is actually on the verge of launching, and by next week we’ll be able to share full details on it with you. While the two models will certainly have their major differences, the hybrid variants of each will share much the same set of internal organs. Confirmation of all that is to come, so stay tuned…

The MKC was a significant product for Lincoln, which was experiencing its share of difficulties at the time the SUV launched late in 2014 as a 2015 model. Things have improved since then, although it would be premature to declare the company’s troubles over.

The new MKC-become-Corsair could once again play a major role in determining the division’s well-being.

We’ll know more on April 17 on the first media day of the New York auto show.

As we said, stay tuned. 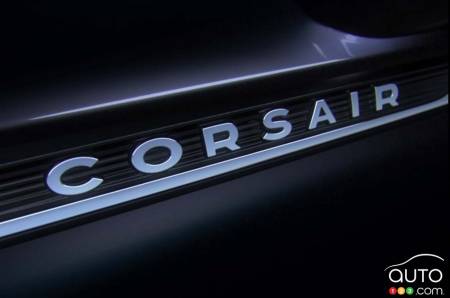 Lincoln has debuted in NYC the replacement for its MKC, the 2020 Corsair SUV. Based on the brand-new 2020 Ford Escape, the model is nonetheless visually dist...

The strengths of the Mercedes-AMG GLC 43 2020 are undeniable, but so are its flaws. Mostly, there's a lack of interior space compared to its main rivals. Her...