EV startup Lordstown Motors has been promising an electric pickup truck for some time now. It even planned to start production before the end of this year.

The company is one of the several involved in a frenetic race to bring electric trucks to market. In fact, we presented you with an overview of the pretenders this past January.

However, it appears all is not smooth sailing at Lordstown, which is based in the Ohio town of the same name. The company has acknowledged it simply doesn't have enough money to start production of its Endurance model as it had promised to do before the end of the year.

That bit of news came out Tuesday in a regulatory filing and was first reported by The Wall Street Journal. Lordstown's inability to launch production of its first product raises serious questions about the company's viability and how long it will last. 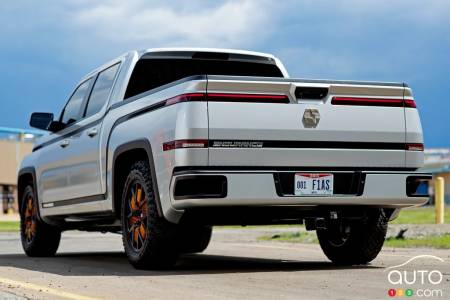 The Endurance truck certainly showed promise, with an estimated 600 hp and a range of about 400 km. Fleet customers were supposed to be the first to get their models, and Lordstown had said the general public could expect to receive theirs by the end of the year. However, by this spring, it was known that things were not going well, as production had still not begun. The Endurance pickup was unveiled last summer in the presence of then-Vice President Mike Pence.

This isn't the first time we've heard of problems at the fledgling company. In March, it was the subject of a report by investment research fiem Hindenburg Research that found the firm had misled investors and may have lied about pre-orders for its truck (Lordstown claims to have 100,000 units ordered for fleets). In March, Lordstown confirmed it was under investigation by the Securities and Exchange Commission.

Clearly, things aren't looking that great for Lordstown. And with Ford introducing its F-150 Lightning recently, and Rivian set to see its R1T debut before the end of the summer, the noose is starting to tighten on Lordstown Motors.