Among the small flotilla of electric pickup trucks expected to hit the market soon, there’s one that has received less attention. There’s even been doubt it might ever launch, given the fragile health of the fledgling company that hopes to bring it to life. That would be Lordstown Motors.

The automaker let it be known this week that it has actually started production of its first model, the Endurance electric pickup. While financial challenges continue to affect it, Lordstown Motors says it has assembled two models, while a third should be completed shortly.

That’s a pretty modest beginning, to say the least. However, the company says it plans to increase production if the quality and availability of parts permit. It believes it can deliver 50 units to customers this year, and up to 450 more in the first half of 2023, provided it can raise enough money to do so.

The trucks are being built at a former General Motors assembly plant in Lordstown, Ohio, near Cleveland. The facility was purchased last year by Taiwanese technology group Foxconn, the world's largest electronics manufacturer. Lordstown says it will look to Foxconn and other partnerships to generate new capital. 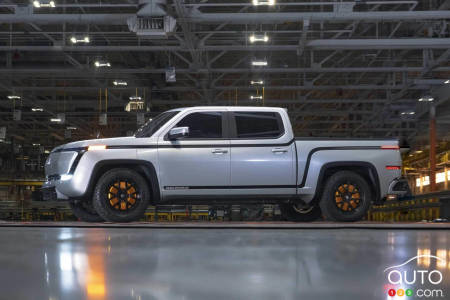 “We expect to increase the speed of production into November and December,” Lordstown boss Edward Hightower said via a statement. Earlier this year, Lordstown said it wanted to produce 3,000 Endurance EVs by the end of 2023.

The firm continues to struggle to raise money and get vehicles out of the factory. In its quarterly filings with the Securities and Exchage Commission (SEC), the U.S. federal regulatory and supervisory agency for financial markets, auditors doubt the automaker will be able to continue operations next year.

Lordstown Motors said it expects to end the third quarter with about $195 million in cash and equivalents, including $27.1 million from the sale of stock during the quarter. The company says its cash forecast is $75 million higher than it anticipated as it explores opportunities to raise more capital.

Shares of Lordstown Motors fell 6 percent to $1.90 in Thursday morning trading, all amid a general market decline.

Let's just say the next six months will be crucial for the fledgling EV maker.

Ford to Double Production of its F-150 Lightning

Ford will double production of the electric version of its F-150 pickup truck, following strong initial demand. According to a Reuters report, the initial pr...