Ever been offered a candy only to have it pulled away? This kind of how fans of midsize pickups must feel after getting a look at a new Mazda product unveiled online this week. Meet the third-generation Mazda BT50 truck, which is not for you.

The new edition of the Mazda truck is, in our humble opinion, a real looker. The model is actually based on Isuzu’s D-Max truck, and it was conceived mainly for Asian markets and for Australia, which loves its trucks almost as much as the U.S. does.

You’ll recall, most of you, that Mazda left the midsize pickup segment in North America after it nixed its version of the Ford Ranger truck, the B-Series, in 2009. The company stayed in the game in other markets, however. The new edition of its BT-50 is powered by a 3.0L 4-cylinder turbo-diesel engine built by Isuzu and able to deliver 190 hp at 3,600 RPM, as well as 332 lb-ft of torque between 1,600 and 2,600 RPM. It comes standard with a 6-speed manual transmission and a rear-wheel drive configuration, though buyers can fork over extra to get an automatic transmission, AWD, or both.

In your opinion, would the BT-50 stand a chance at succeeding in North America? In Canada, that seems like a safe bet, but what matters for Mazda is the model’s prospects in the U.S. And there, Mazda would face a real uphill battle with Americans used to their Big Three models, or the occasional Toyota. 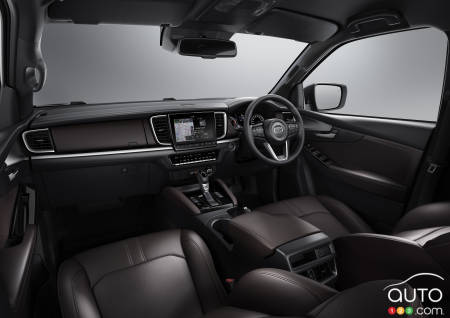 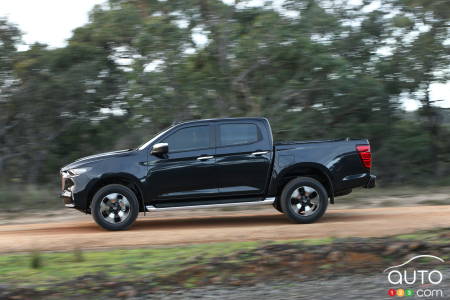 Mazda to unveil the all-new compact pickup truck at the 2...