Mazda and MX are two names that go hand in hand. In forty years, the Hiroshima-based manufacturer has presented numerous models designated by the two letters. Some of those were concept cars, some of them production models. And in a few cases, those models have truly marked the brand’s history.

With the launch this year of its first production EV, the MX-30, Mazda has chosen to revive the acronym, which has previously been used only for sports cars in its lineup (the MX-3, MX-5 and MX-6).

Originally, however, the acronym was mainly used for Mazda's most unconventional models: concept cars that defied convention to open up new paradigms. It was to designate these “Mazda eXperimental” creations that the manufacturer adopted the acronym MX. It first appeared in 1981 attached to a Chinese-Italian project: the MX-81 Aria. 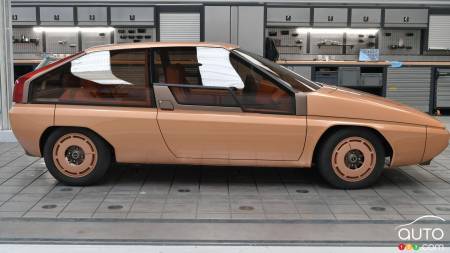 This elegant little coupe was launched at the Tokyo Motor Show that year. Its avant-garde design was the work of a youngish Belgian designer at Italian car-body maker Bertone, one Marc Deschamps. It wasn't the first joint project by Bertone and Mazda: the former had produced the Mazda Familia and Luce designs for the latter in the 1960s.

Few likely remember that after Tokyo, the MX-81 made its North American debut right here in Canada, at the Montreal Auto Show in January 1982. At the time, our American neighbors did not systematically take precedence when it came to unveiling concept vehicles on our continent...

But before coming to Canada, the MX-81 was the object of a photo shoot in Milan, in the Piazza Duomo. In the view of Mazda, “This mythical photo shoot perfectly reflects the ongoing dialogue between Japanese technology and Italian style”.

In 2021, forty years later and the same year Mazda expands its use of the Mx designation with the launch of the Mx-30 EV, the automaker set about restoring the historic prototype. 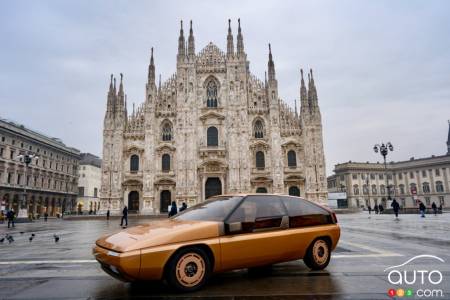 Photo: Mazda
The restored MX-81 Aria, on the Piazza Duomo

Built on the basis of a Mazda 323 of the time, the MX-81 adopts a wedge-shaped style typical of Ghia's creations of the time. This prototype is characterized by large windows with flush glass, retractable headlights and retractable wipers. The vertical taillights that cover almost the entire rear roof pillar are another feature of its streamlined body, as evidenced by a drag coefficient of 0.29.

However, it is inside that we find its most innovative element. For this concept car has no steering wheel, or at least not a conventional one, attached to a steering column like all cars of that era. Instead, the driver faces a small colour television screen housed at the bottom of a rectangular box on which there are a dozen large push buttons. These control the windshield wipers, turn signals, headlights and even the horn. Then, on the perimeter of this box, a flexible plastic band made of small rings linked together serves as a steering mechanism by sliding to the left or right, depending on the desired direction.

Front seats that can swivel to facilitate access to the rear seat complete this design born of a new paradigm. 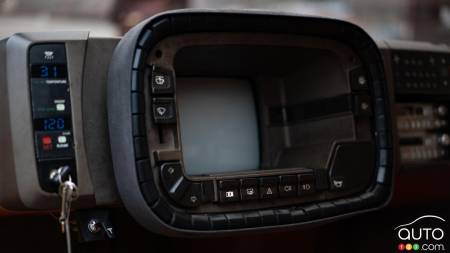 Photo: Mazda
The "steering wheel" of the MX-81 Aria 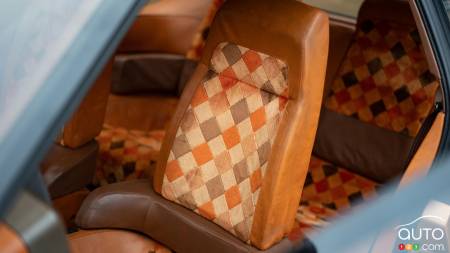 Unlike many prototypes, this one was not scrapped after its useful life. Warehoused in Hiroshima for many years, it sat patiently until the day its manufacturer chose to have it restored. the restoration work began in February 2020 as part of a joint Japanese-Italian project.

After a complete mechanical overhaul carried out by Mazda technicians, the car was tested on a circuit. It was then turned over to the master craftsmen from the SuperStile company in Turin for a restoration of the bodywork and the interior, obviously with the mandate of trying to keep as many original materials as possible. The idea was to leave some of the marks of time visible.

SuperStile worked to restore the paint, body panels, leather upholstery and headlight lenses to their youthful appearance. Finally, to complete the circle, the MX-81 Aria was then brought back to the Piazza Duomo for a second round of photos. But this time, the first MX had company: the newest MX model, the MX-30, joined it for the party. With its electric powertrain, the newbie certainly brings a new dimension to the Mx letters. 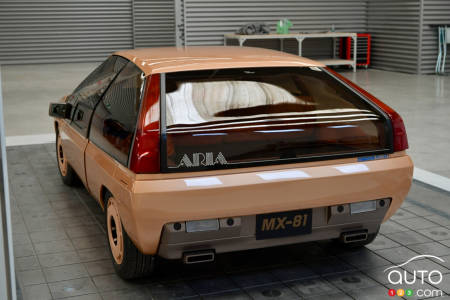 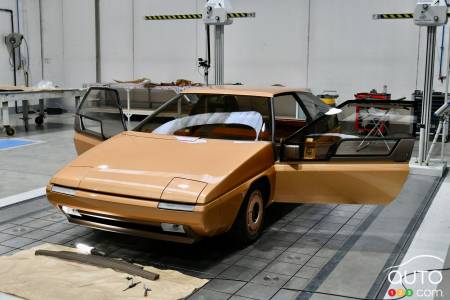 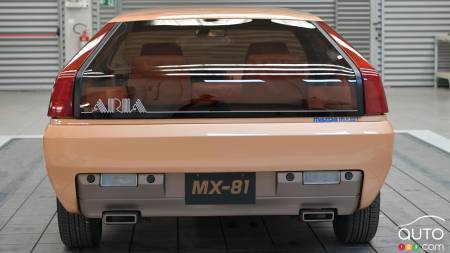 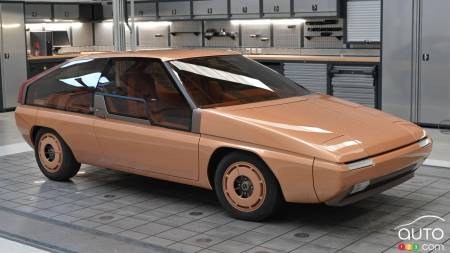 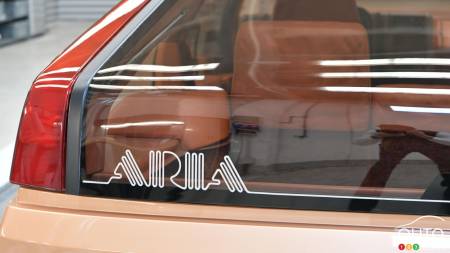 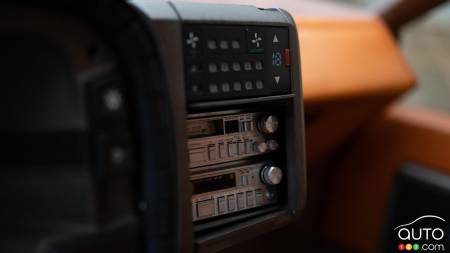 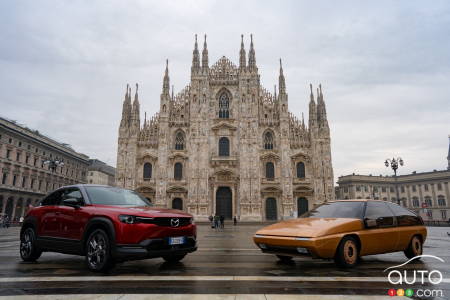 Volkswagen's commercial vehicle division has restored a unique modified vehicle, a one-off version of the Type 2 T1 that had been altered by a buyer after pu...

Mazda introduces the CX-60... for Europe!

Mazda just launched a new model, but it's for Europe only. The CX-60 will not make the jump to North America while our market will instead be getting two oth...

The 2022 Mazda MX-30, the first all-electric vehicle sold in North America by the Japanese brand, has its qualities and it has its flaws. We took it in hand ...