Since the start of the 2010s, Mazda has been promising the introduction of a SKYACTIV-based diesel engine. Way back in 2010 or 2011, yours truly even attended a presentation in Vancouver to try out a 2009 Mazda6 fitted with SKYACTIV-D units.

We thought it was a go in 2012, when the company indicated the engines would start to appear in 2013 model-year versions. But, dissatisfied by the level of performance delivered by its new technology,  Mazda itself delayed the launch.

Then, in 2015, all hell broke loose broke loose, in the form of the Volkswagen emissions-tampering scandal. The diesel engine was on the outs, and to make matters worse increasingly stringent emissions standards made its introduction even more problematic.

It seemed likely that a diesel engine would never find its way under the hood of a commercially available Mazda.

In spring of 2017, the launch of the Mazda CX-5 was accompanied by a promise of a 2.2L 4-cylinder diesel engine. We’re still waiting…

Now, however, there might be grounds for optimism for diesel-loving consumers, of which there are many. Mazda’s diesel-engine unit was certified last month by the California Air Resources Board (CARB). And now it looks like the EPA is on the case. The Michigan offices of the agency are where the technology should get final approval for use on American roads.

The holy grail may, finally, be in reach. 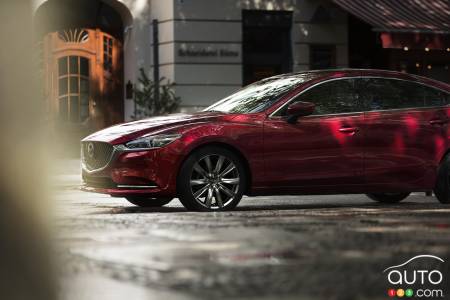 In Europe, the 4-cylinder diesel engine in question serves the CX-5 and delivers 173 hp and an impressive 310 lb-ft of torque. Those numbers help explain the enthusiasm with which approval is awaited here.

Obviously, a Mazda diesel engine would be part of the Mazda6 product offering as well as the CX-5.

Unlike in Europe, motorists on this side of the Atlantic will likely only get one transmission choice, an automatic.

But first things first. And first must come approval, which is not yet a done deal. 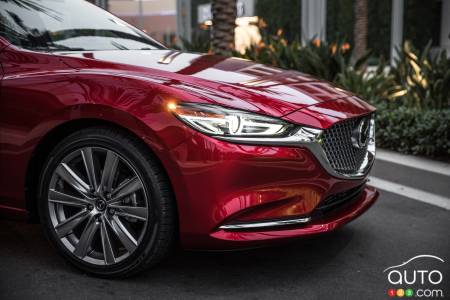 Mazda is in the process of developing two new straight-six engines, one of them diesel-powered. Details are scarce for the moment, but it’s clear that the au...

Repercussions of the diesel-engine scandal continue to be felt, but Mazda this week confirmed its belief in a future for the technology. But will the long-aw...