Since the demise of the Mazda RX-8 in 2012, we’ve lost count of the times the rotary engine has been declared officially dead. It’s about as often as its imminent return has been predicted, we’d wager. The latter is proof that this technology holds a special in the hearts of many motorists, and that it will not easily be cast aside.

The problem, which lies in its very design, is that it consumes too much gasoline. In an era when manufacturers are looking at every possibility to cut fuel consumption, it’s not that surprising that the rotary engine has been shelved by even the company that had made it a defining feature of its vehicles.

Electrification
Though we’re talking about a return of the technology, for the moment at least there are no plans to produce a successor to the RX. Rather, it has to do with… electricity.

Mazda has announced a plan to electrify all of its products in some form or other by 2030. For the most part, this means hybrid powertrains, although two fully electric models are planned as well. The first of these would rely solely on battery power, while another would work in the same way as the Chevrolet Volt with its extended range.

And this is where the rotary engine comes into play. This technology would be used to recharge the battery and extend its range.

Mazda says that because of its compact format and the little sound it produces, the rotary engine is a perfect additional power source for this type of car. The company adds that it could even run on liquefied petrol, recognized by experts for being less damaging to air quality. 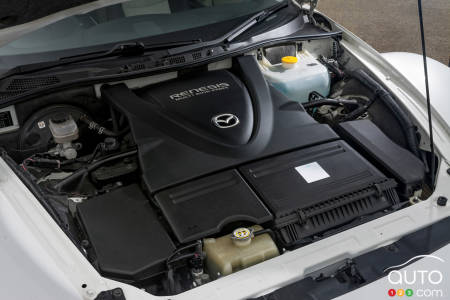 Change of direction
For Mazda, the green-car initiative marks a significant change in direction, even if it remains modest in scale for the moment. Up to now the Japanese automaker has focused mainly on developing innovative combustion-engine technologies, known under the SKYACTIV banner.

Next year, in fact, the company is promising to unveil its advanced new SKYACTIV-X engine.

On the electrification front, partnerships signed with other players like Toyota should enable Mazda to introduce a first hybrid model by 2019, followed by an all-electric variant in 2020. A plug-in hybrid version would be ready to go by 2021. Clearly, the next few years will be busy ones for Mazda.

One unknown that concerns us more particularly in Canada is, which of these models, if any, will make it to our market.

Rumours have it that the electric car with a range-extending rotary engine will eventually be sold here.

For the rest, fingers crossed. 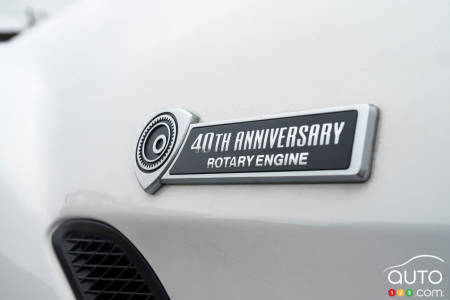 Mazda is currently working on its first electric car and it has confirmed that the still-unnamed model will look like a regular Mazda with a streamlined look...