The microchip shortage continues to rock the industry. Not a day goes by without some report surfacing of model shortages and production delays, and taken together they paint a disconcerting picture of the situation that manufacturers and all the players in the industry are going through.

Just days ago, we reported on the situation at Ford and Chevrolet where, as of May 1, production was down by 370,000 units (compared to planned) so far in 2021.

Ford is considering sending incomplete pickup trucks to dealerships where the chips will be installed later. At BMW, 30,000 fewer units are being produced than planned in 2021. Everywhere, the crisis is hitting in different ways.

Yesterday, we learned that General Motors (GM) was going to reduce production of some pickups in North America because of the global shortage of semiconductors. 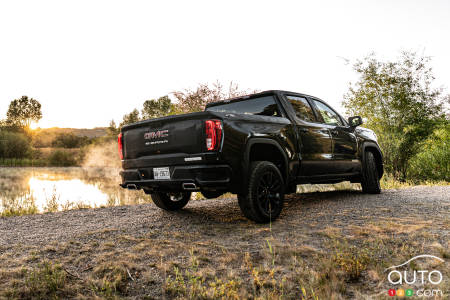 The largest of the Big Three U.S. automakers said its Flint plant, which assembles the Chevrolet Silverado HD and GMC Sierra HD, will operate with a single production shift during the week of July 26.

All three plants are expected to resume regular production the week of August 2.

All of this, of course, has a domino effect that eventually lands on dealers. Everyone is hoping for a quick return to normalcy, but it’s getting ever clearer that we're in for another few months of problems, at the very least.

Rivian failed to meet production targets for 2021, its first year in the vehicle-assembling business. The company had planned to build 1,200 models, but only...

GM Canada has announced that production of full-size pickup trucks will begin earlier than planned at its Oshawa plant. The popularity of this model type in ...

Production of the Ram 1500 TRX Underway

Production of the 2021 Ram 1500 TRX began officially this week in Michigan. FCA announced that the first unit to come off the assembly line will be auctioned...