We got a few early images a few days ago and now it's been shown more or less in full. The Mini Aceman Concept is intended first and foremost to deliver a first look at the styling directions Mini intends to take in the coming years.

Of course, no surprise here, the design study is all-electric and is likely the direct antecedent to the brand's future EVs. Will they use the Aceman name or will they take the opportunity to bring back the Paceman name, which was retired a few years ago? We’ll see about that.

Obviously, rethinking Mini’s styling requires some skill and discretion. The brand's unique signature must be preserved, and so the general shape of the Aceman concept is recognizable and the key elements you’d expect from a Mini are there, such as a square design, contrasting roof colour, widened fenders, big headlights and a dominant grille.

We'll leave it to you to dissect the design, but let's just say that overall, the model takes on a more rugged, masculine look. Of course, some elements are unique to this kind of prototype, like the LED grille that can display all sorts of colours and patterns. The lights also show unique visual signatures (arrows) that would be interesting on a possible production model. The roof rails, which reproduce the Union Jack, are also very original, though perhaps not very practical. In short, we have the basis of the design of a future model, but we can imagine a more refined version by the time the model reaches the production stage. This concept fits size-wise between the Cooper and the Countryman. The concept is about an inch longer than the four-door Cooper and about six inches taller. The Countryman is bigger in every direction, although the Aceman comes close to it in terms of height.

On board, it's clear that we're in a design study, meaning everything is futuristic and just a little nutty.  For instance, there’s a velvet steering wheel, a sleek dashboard that houses a huge round OLED (organic light-emitting diode) screen, artistic motifs on the seats, switches that look like they're borrowed from a video game controller, etc. We’re not exactly in the realm of practicality.

For the rest, we have no information on what drives this model, other than that it’s electric. The styling is what counts here, and it’s only when the production version comes along, sometime in 2024, that we’ll really know what kind of vehicle it is.

Before then, we could well see a more developed concept presented next year, perhaps even an early production version. 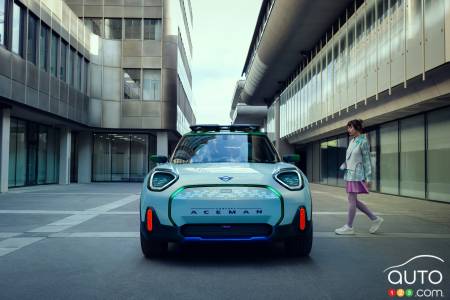 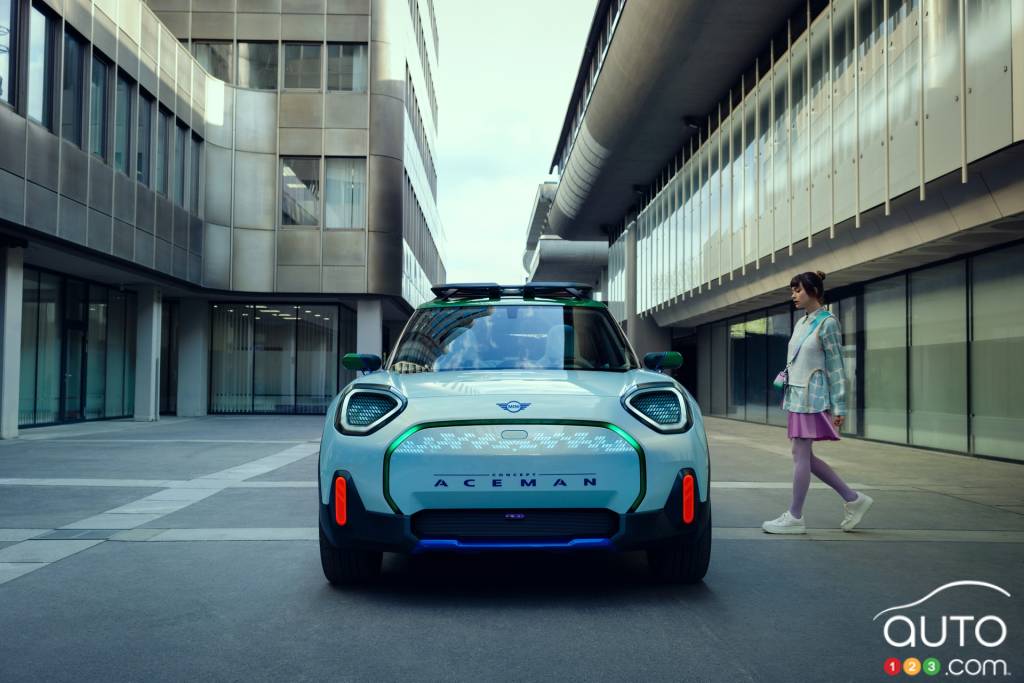 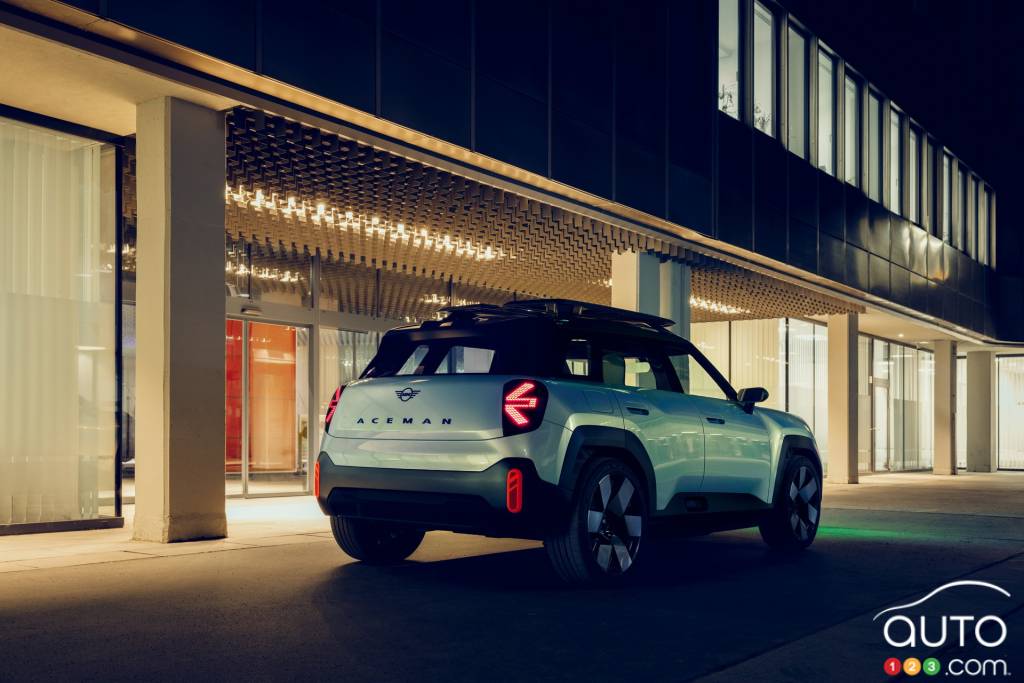 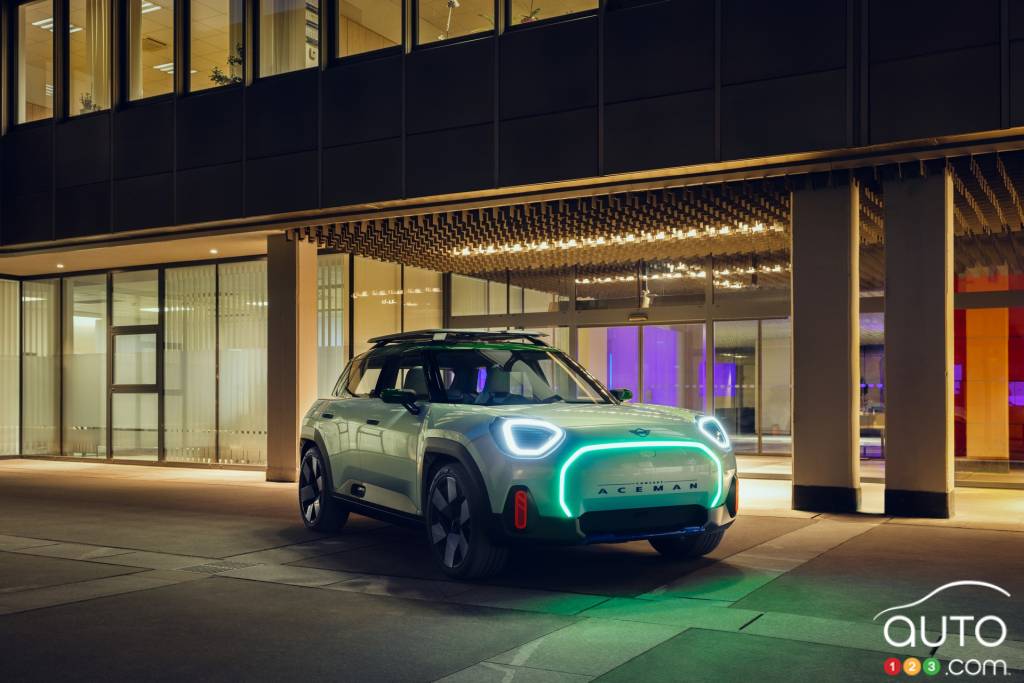 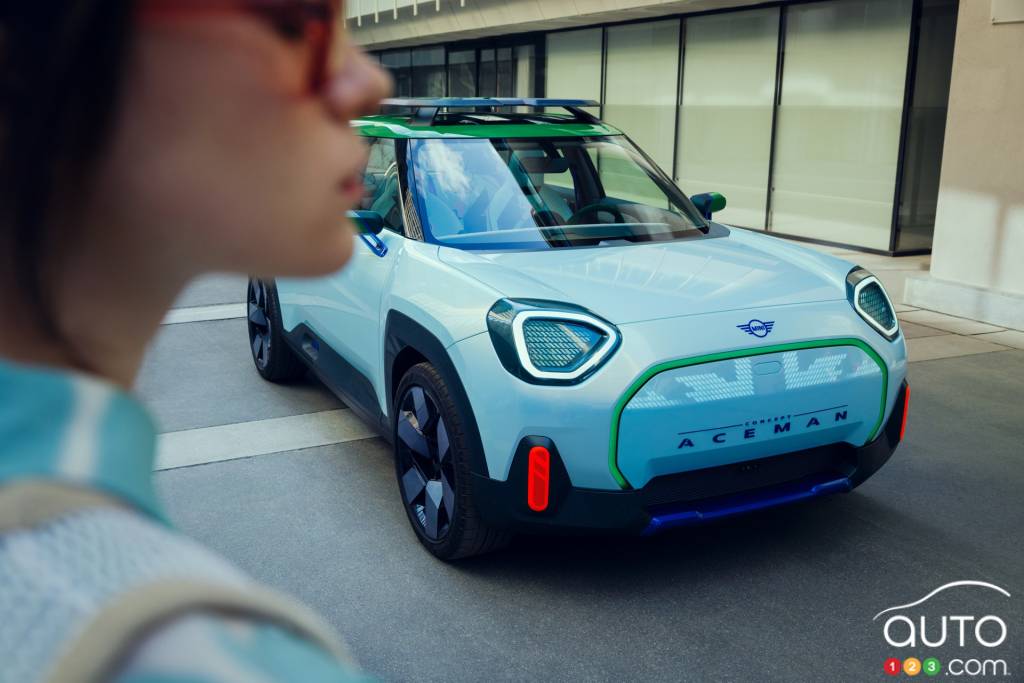 Mini has put together a unique, one-off concept, but that just might portend something real to come. There are no plans to produce a Cooper all-electric conv...