Hyundai presented for the first time on North American soil its 45 concept car, inspired by, of all things, the company’s original 1974-vintage Pony concept car, but designed to showcase the company’s vision regarding electric mobility in the future.

That Montreal was chosen for the baptism of this EV prototype is no coincidence, the province of Quebec being a particularly welcoming environment for battery-electric vehicles (BEVs).

The story of this design study doesn’t end with the undeniable resemblance to the original concept dreamed up way back when, when Hyundai was just a fledgling company trying to gain a foothold on the North American market with cars targeting budget-minded consumers. 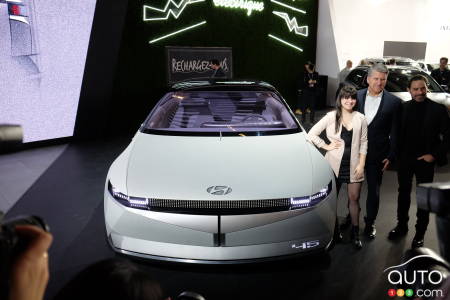 The design is also resolutely aerodynamic and lightweight, with the goal of reducing energy use to a minimum. There are clear analog references in the lighting at the front end and the almost-boxy tipped end to the front hood. You won’t find exterior side mirrors on the 45 either, as they give way to side cameras.

Inside, things are pretty sparse, this being a design study first and foremost. Still, Hyundai manages to make its point in wanting to conjure up an interior space that’s designed as a miniature living room, about what you would expect from an autonomous-drive vehicle of the future. 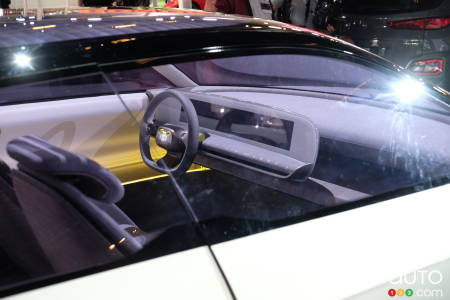 For one, the battery pack is stored under the floor of the vehicle, allowing for a large, flat-floor space. For two, the chairs are lounge-style, and the imagined occupants interact with the infotainment system via a projection-beam interface, so you don’t see a central touchscreen for example. Instead, you get functions integrated directly into the dashboard.

As pretty as the retro-futuristic Hyundai 45 concept is, it’s a showcase for potential future design trends more than it is anything else, so we shouldn’t expect to see it appear in any recognizable form as a production vehicle at any point in the near-future.  But it sure is easy on looking at it to imagin cruising down the streets of your neighborhood in it. And that’s one of the points of a concept car, isn’t it? 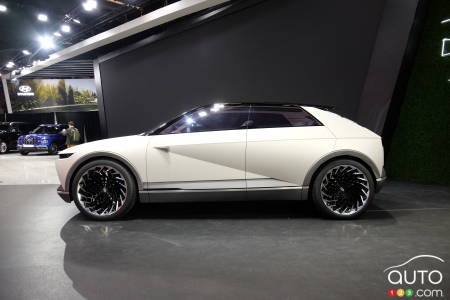 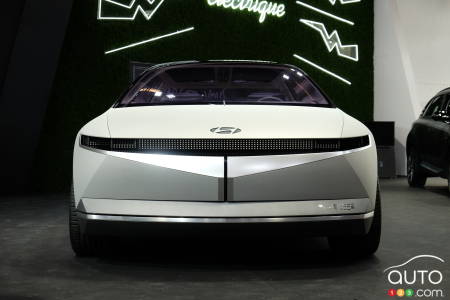 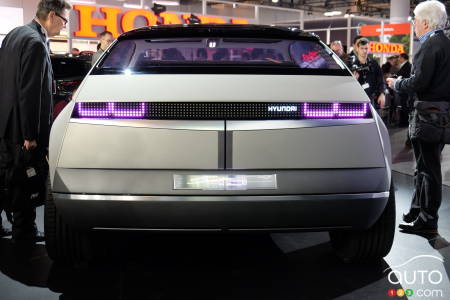 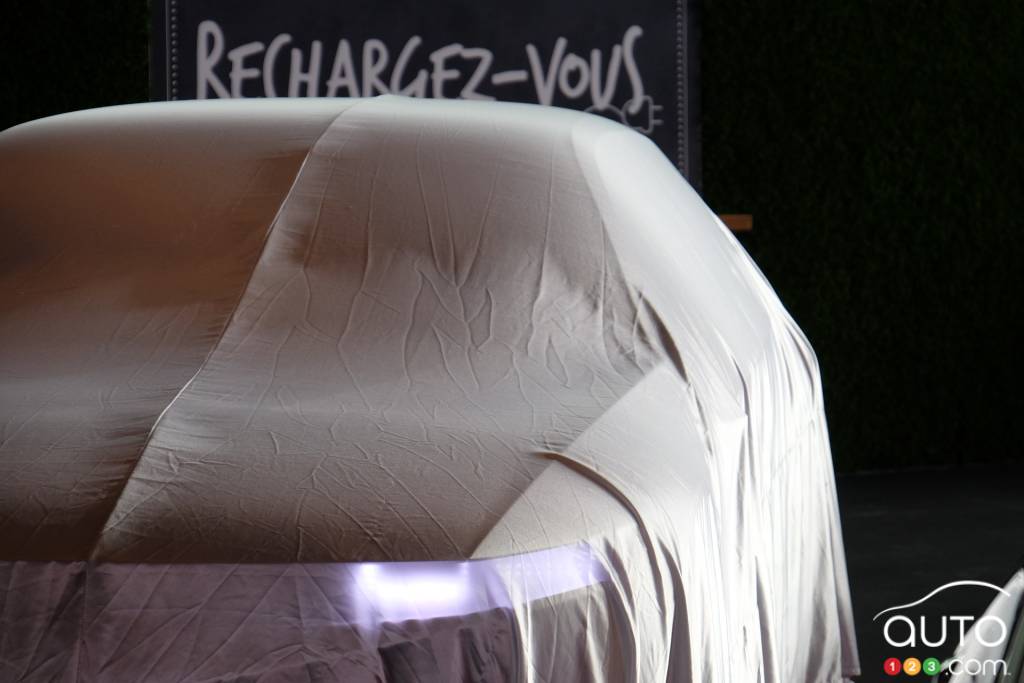 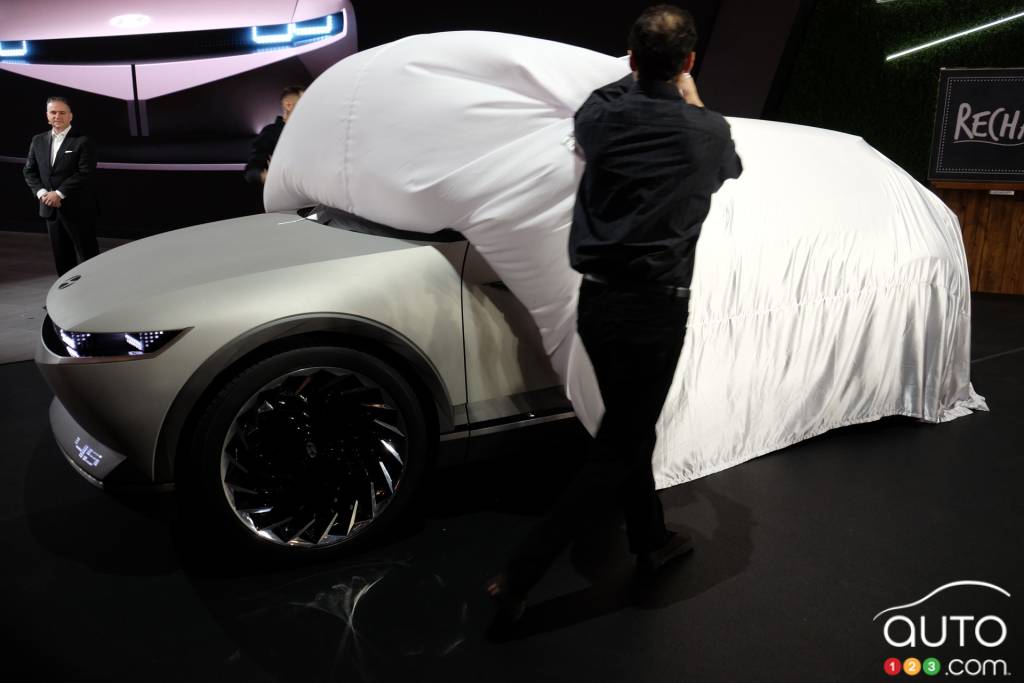 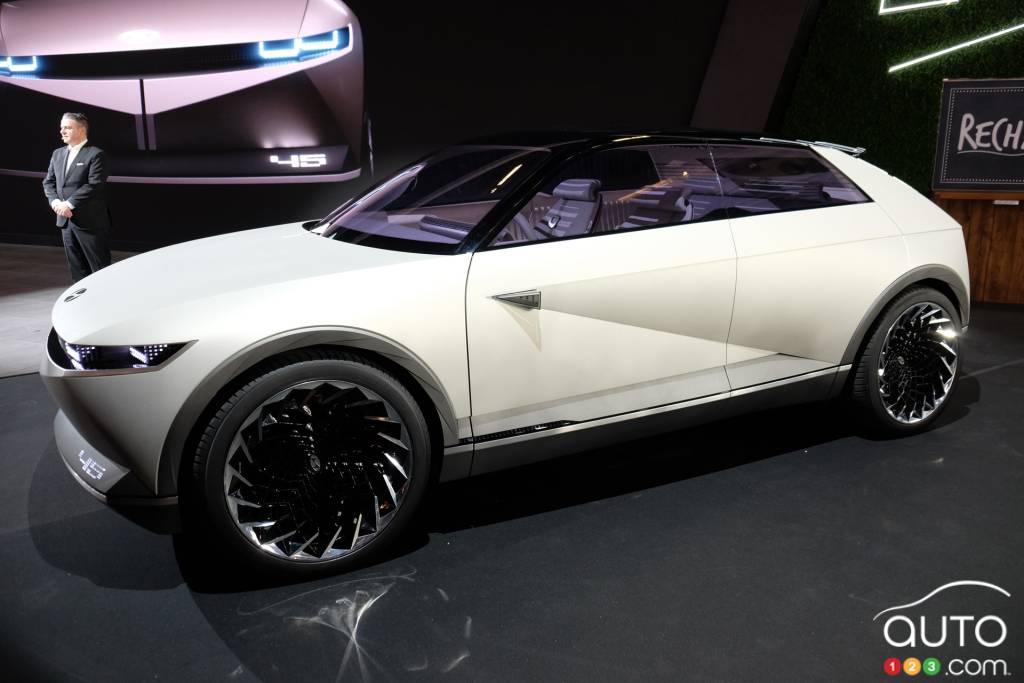 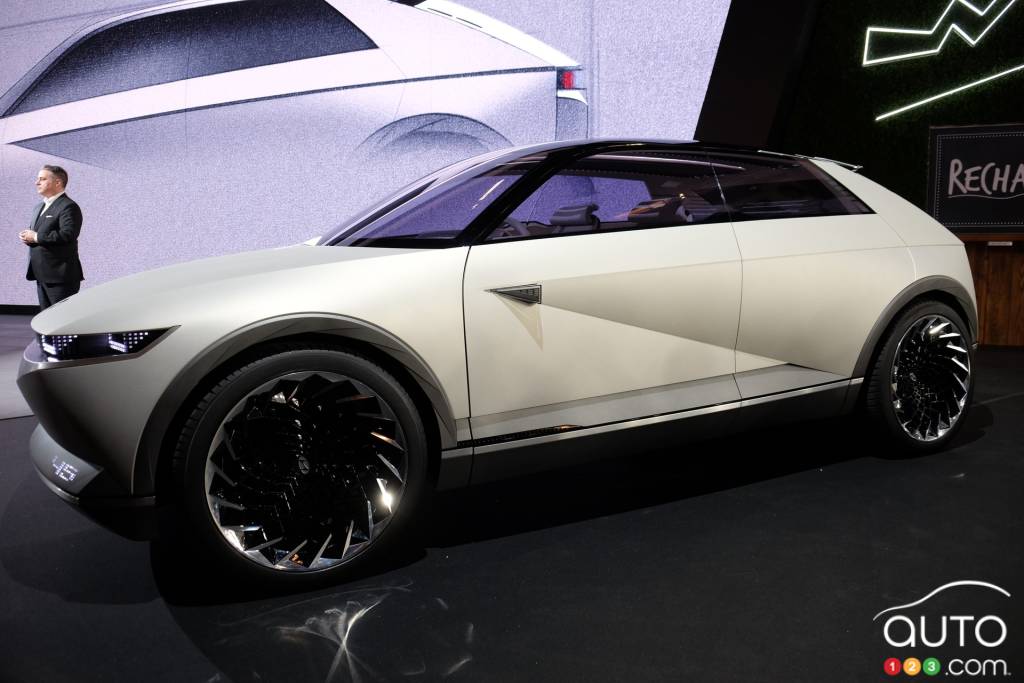 Hyundai has lifted the veil in Frankfurt on the 45 EV, an electric concept car inspired by the first prototype version of the Pony in 1974. The reference is ...