Nissan put on the Canadian premiere of its fully redesigned new 2020 Nissan Sentra on the occasion of the Montreal Auto Show, and used the opportunity to announce pricing for the sedan.

The overhaul of the Sentra follows those carried out on the Maxima and Altima in recent years, meaning the entire sedan Nissan sedan lineup has now been updated. The car’s exterior design is clearly superior to what came before, thanks in part to its sportier silhouette and lower stance; and the 2020 Sentra will definitely be less anonymous on the road that the editions that came before it. 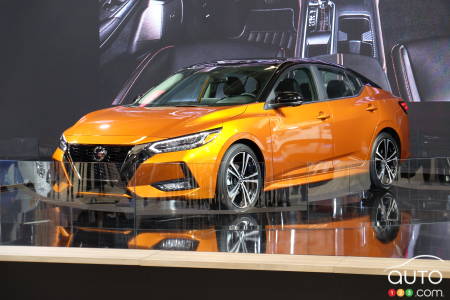 Five different versions of the 2020 Sentra are available to Canadian consumers, starting with the S. When equipped with a manual transmission, the model carries a starting price of $18,798 CAD. The automatic transmission option brings that to $20,598.

All versions run on a “new” 2.0L 4-cylinder engine with an output of 149 hp and 146 lb-ft of torque; these represent increases of 20% and 16% respectively over the mill that powered the previous-generation Sentra. The engine, by the way, is not strictly speaking new, since it’s borrowed from the automaker’s Qashqai sub-compact SUV.

It works here in tandem with a CVT (continuously variable transmission), except for the base model which comes out of the box with a manual gearbox implanted in it. This component it unique to the Canadian market, by the way. 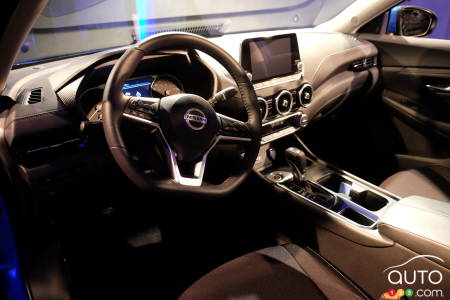 The base model and every version thereafter now get the Nissan Safety Shield 360 suite of systems, which includes automatic dipped-beam headlamps, intelligent emergency braking with pedestrian detection, lane departure warning and automatic emergency braking in reverse, as well as alerts for blind spots and rear cross-traffic.

What doesn’t come standard right off the bat is compatibility with Apple CarPlay and Android Auto. To get that, buyers need to move to the SV version, which retails starting at $21,998.

Read our first drive review of the 2020 Nissan Sentra 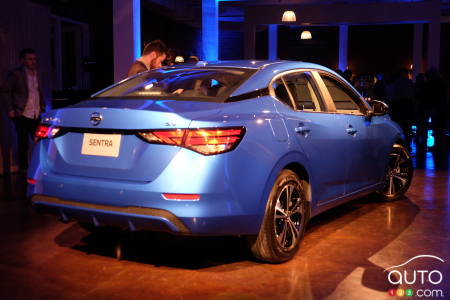 Pricing grid for the 2020 Nissan Sentra for Canada (not including $1,670 destination and handling fees): 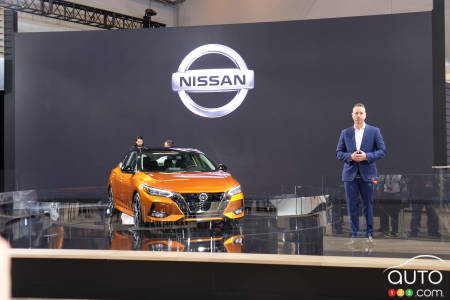 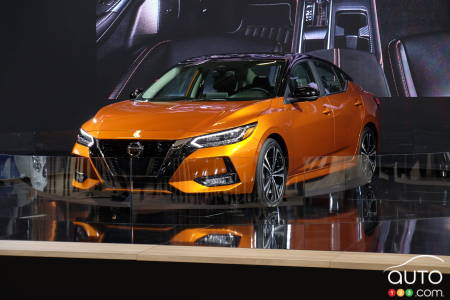 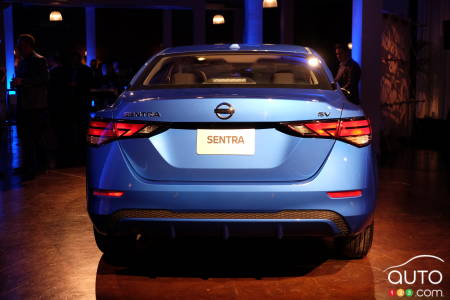 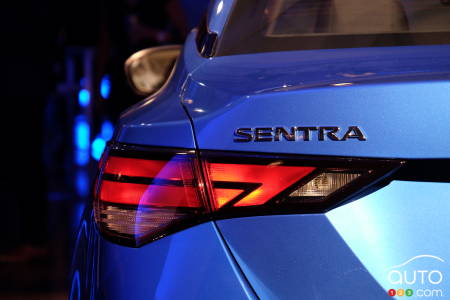 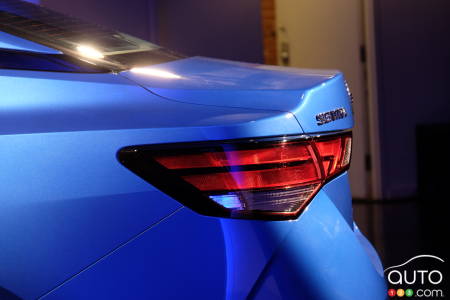 The new eighth-generation 2020 Nissan Sentra was unveiled today at the Los Angeles Auto Show. For the occasion we owe a small tip of the hat to the Japanese ...