A couple of weeks back we gave you a rundown of the finalists Motor Trend named for its Car, SUV and Truck of the Year. This week the venerable American automotive magazine used the occasion of the Los Angeles Auto Show to crown its winners in each category. We take a look.

Car of the Year: Genesis G70

The Genesis brand just keeps on racking up the wins in its very short existence. Hyundai, the luxury division’s parent company, has, Motor Trend points out, come a very long way since it made its first tentative steps on to the North American market with its little Excel.

Two years ago the Korean automaker launched Genesis as a stand-alone premium brand, and from the moment they launched the company’s sedans have remarkably gone toe-to-toe with established luxury sedans from BMW, Audi and others. But while the larger G80 and flagship G90 – the new version of which just made its public debut – have made their mark, it’s the smallest member of the lineup, the G70, that has really upended the pecking order in its segment.

Just recently the G70 was named our Auto123.com Luxury Compact Car of the Year for 2019. Motor Trend says it’s “a stunning, value-packed sport sedan that should shake up any shopper’s consideration list”.

The makers of today’s top premium utility models might to want to gird themselves, by the way. Genesis has plans to produce three SUVs in the next few years. 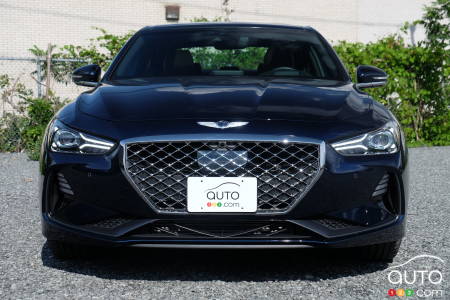 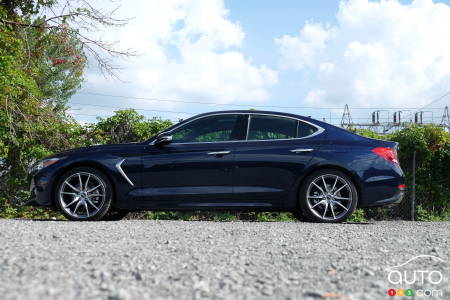