Mullen is the latest to join a growing roster of emerging companies looking to break into the EV sector Automotive columnist: Daniel Rufiange , Updated: 2021-11-19

Disruption, indeed. The electric shift in the automotive industry will see – is seeing - the birth of many new manufacturers. We've seen it with Tesla, of course, which now almost plays the role of grizzled veteran, but also with newer firms like Rivian and Lucid Motors.

There's a lot of money to be made, and naturally that means new companies trying to make their mark. The same thing happened in the early history of the automobile a little over 100 years ago.

To this list of fledgling companies, you can add the name Mullen. The California-based company used the occasion of the Los Angeles Auto Show this week to introduce its first model. Meet the Five crossover.

The company announced some very interesting figures for its car regarding capacity and range, as well as a tempting price point. Of course, the inevitable question with this kind of concept presentation is whether the company will be able to put its words into action and bring its project to fruition as a production vehicle.

Only time will tell. In the meantime, here's what was presented. 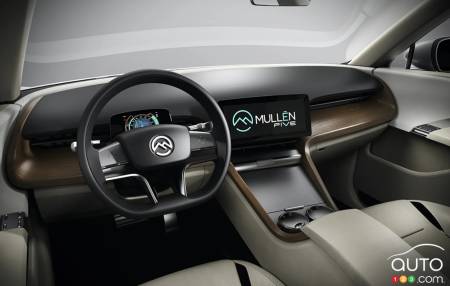 The Mullen Five is equipped with a 95-kWh battery delivering a range of 325 miles (or 523 km) on a full charge. Details about the mechanics weren't revealed, but the company claims a 0-97 mph time of just 3.2 seconds. To achieve this, we're guessing a dual-motor configuration, which will provide all-wheel drive. Top speed is limited to 250 km/h.

Mullen also claims that its Five is capable of rapid recharging. Specifically, it's claimed that it can go from 0 to 80 percent in just 21 minutes - all on a very fast charging station, it goes without saying.

There’s more to this EV than EV-ness. The Mullen Five offers an autonomous driving system between Levels 2 and 3, a multimedia system with a large touchscreen and voice commands, wireless charging for cellular devices and a particularly luxurious rear seat configuration. The only interior photo provided by the company shows sliding trays, a central control screen and a design that looks out of this world.

Speaking of the design, the model is best described as a cross between a car and an SUV, with a sporty twist. Huge Pirelli P Zero tires are mounted on all four wheels and the prototype also appears to be equipped with Brembo brakes. The slim LED headlights are very fashionable. The interior is very sleek with a central touchscreen and steering wheel controls as the only ways to interact with the systems.

According to Mullen, the Five will start at $55,000 USD. We can guess that at that price, the announced figures for range and power won’t be quite as high as what was given this week. A base version would surely deliver less.

Interested parties can already reserve a copy, simply by “committing” a $100 refundable deposit. Mullen says production will begin in late 2023. Deliveries will follow in the second quarter of 2024 - if all goes according to plan, of course. 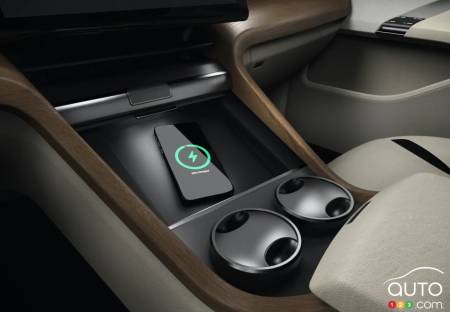 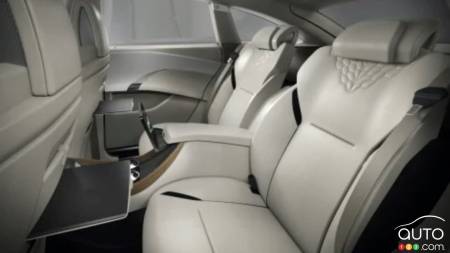 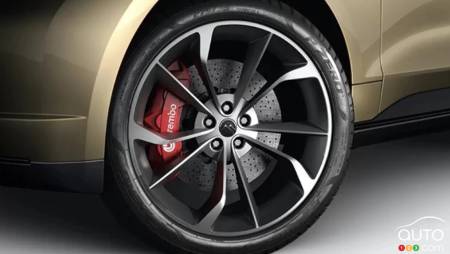 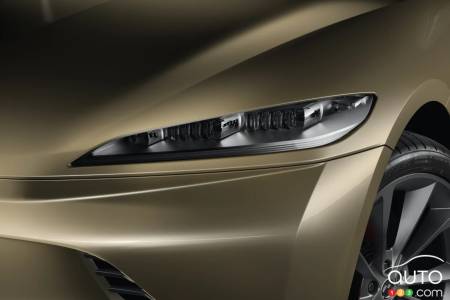 Fledgling EV maker Mullen is working on the development of solid-state batteries. Its goal is to offer a battery that can recover about 500 km in 18 minutes....