Kia has released images and detailed information for its 2019 Kia Forte model. The new Forte is now in its third generation and for the occasion its design has been updated. It is now more closely inspired by the automaker’s Stinger model via a variety of design cues, has gotten updates to its package of technologies, and will perform with greater fuel efficiency, according to Kia.

“As one of our top-selling models, the all-new Forte follows some large footsteps, but enhancements in styling, packaging and content make it even more attractive to drivers seeking a compact sedan that can accommodate their versatile lifestyle.”

The Forte continues to be available across four trims – FE, LXS, S and EX. Kia plans to introduce a limited Forte Launch Edition later this year that will feature unique visual enhancements and standard technology upgrades. No word yet on whether Canada will get this special trim as well. 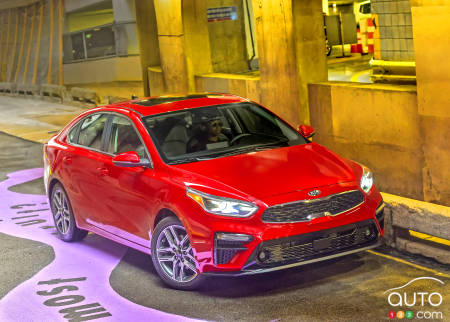 The design
As mentioned, the third-generation Forte inherits several styling cues inspired by the Stinger fastback sport sedan. Like that model, the new Forte’s long hood and short deck lend it an overall fastback-like shape. The cowl point was moved back five inches, creating a more athletic stance that makes the Forte appear well-planted to the ground.

The hood features creases that give the Forte a more muscular appearance, while the car gets some distinctive touches via a newly designed signature tiger nose grille and aggressive black lower valance.

In the rear, the bumper gets separate reverse and turn signal indicators located beneath the available LED taillights. Similar to the Sportage compact crossover, a sleek horizontal trim piece connects the taillights. 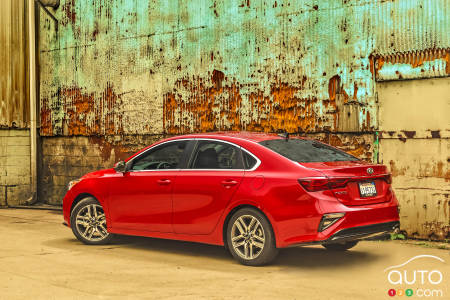 The interior
The new fastback shape of the 2019 Forte also translates into more cabin space. Longer overall length (by just over 8 cm) means more rear legroom and additional trunk cargo space. According to Kia the new Forte’s cargo space is among the largest in its segment. Increased overall height gives passengers more rear headroom and the car is also wider overall.

That greater width also opened the door to redesigning the layout of the dashboard, which mimics that of the Stinger with its horizontal theme and focus on eliminating clutter and drawing clean lines; the dash also features spoked circular vents and soft-touch materials.

Access to both rows of seats is now easier, and visibility has been improved. Kia has also given its new Forte stronger yet lightweight seats designed for optimal comfort, for example by providing increased lumbar support and featuring thicker seat foam. Sound insulation is improved thanks to a more rigid vehicle frame. 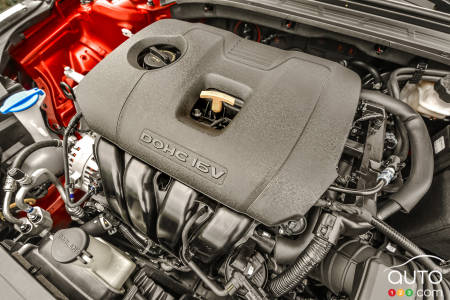 The powertrain
The 2019 Kia Forte is powered by a second-generation 2.0L Nu 4-cylinder engine that benefits from Atkinson Cycle technology and a cooled EGR system, technologies that are designed to help boost fuel efficiency. The new powerplant can be paired with a standard 6-speed manual or an all-new available Intelligent Variable Transmission (IVT). The engine and Kia-designed IVT are the first of a new line of highly efficient “Smart Stream” powertrains that will make their way into the Kia lineup in the coming years.

Horsepower and torque remain unchanged from the 2018 Forte, so it will continue to produce 147 HP and 132 lb-ft of torque. Without sacrificing engine performance, Kia promises improved fuel economy for its new Forte. 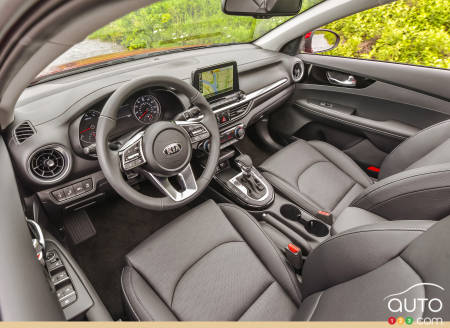 The tech
The Forte comes standard with an 8-inch touchscreen with support for Android Auto and Apple CarPlay integrated on the dash. With certain smartphone devices, the system also has the capability to read SMS texts aloud via Bluetooth. An available wireless charging tray is perched up on the center stack for compatible smartphones.

Also available is a 320-watt, 8-speaker premium audio system developed with harman/kardon and including Clari-FiTM11, a patented music restoration technology that rebuilds audio signals that are lost during digital compression.

Kia has yet not announced pricing for the 2019 Forte, either for the U.S or Canada. We’ll of course keep you up to date as that information becomes available! 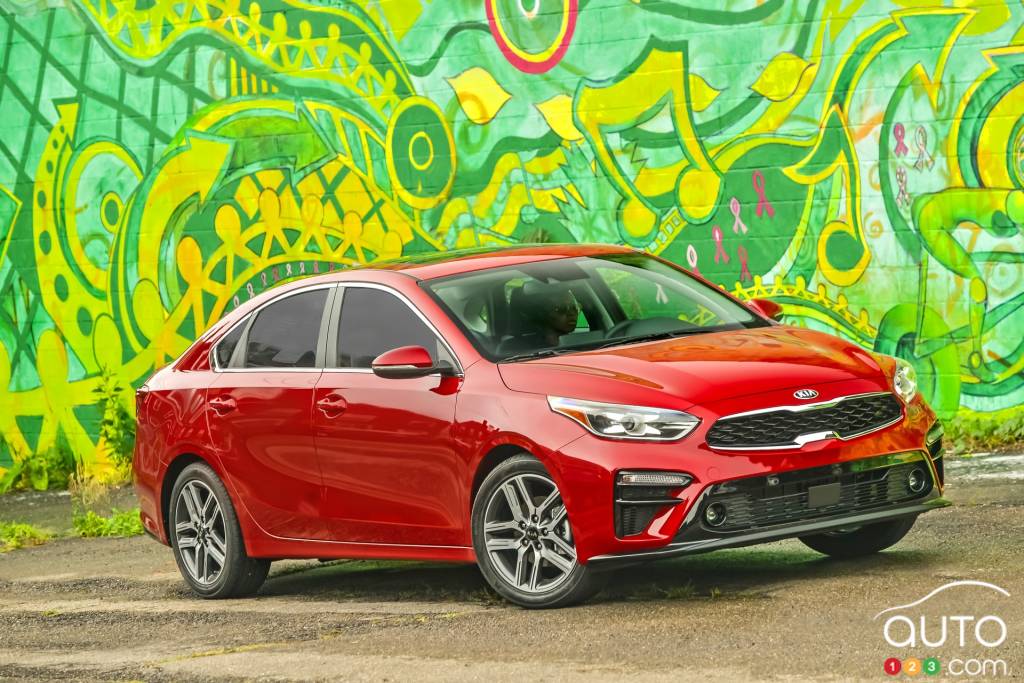 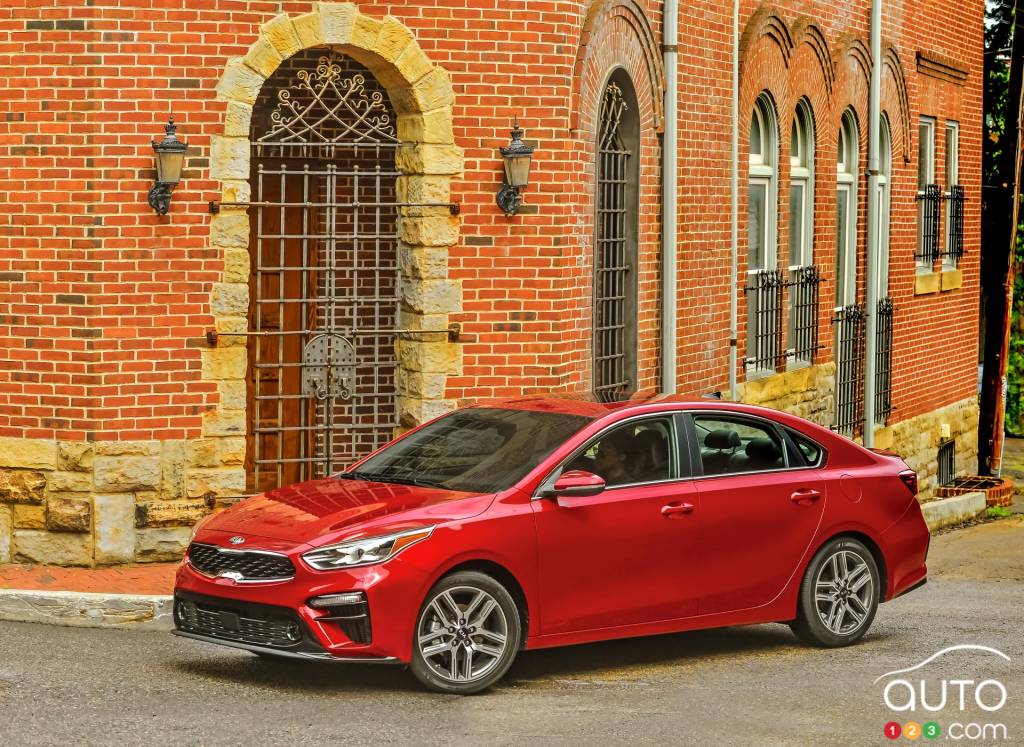 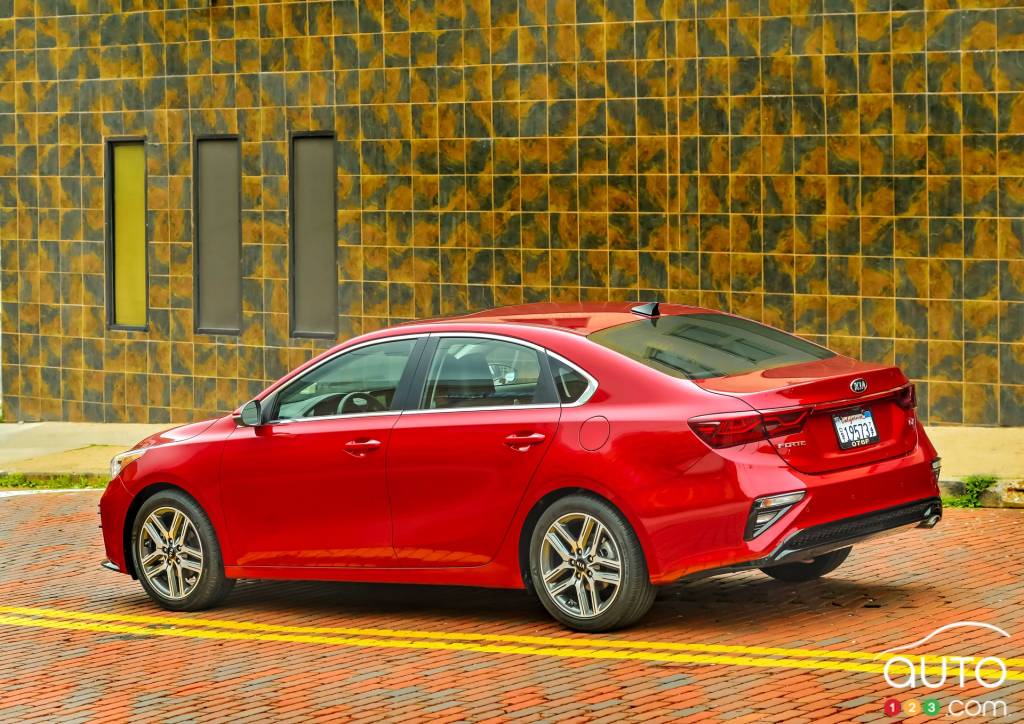 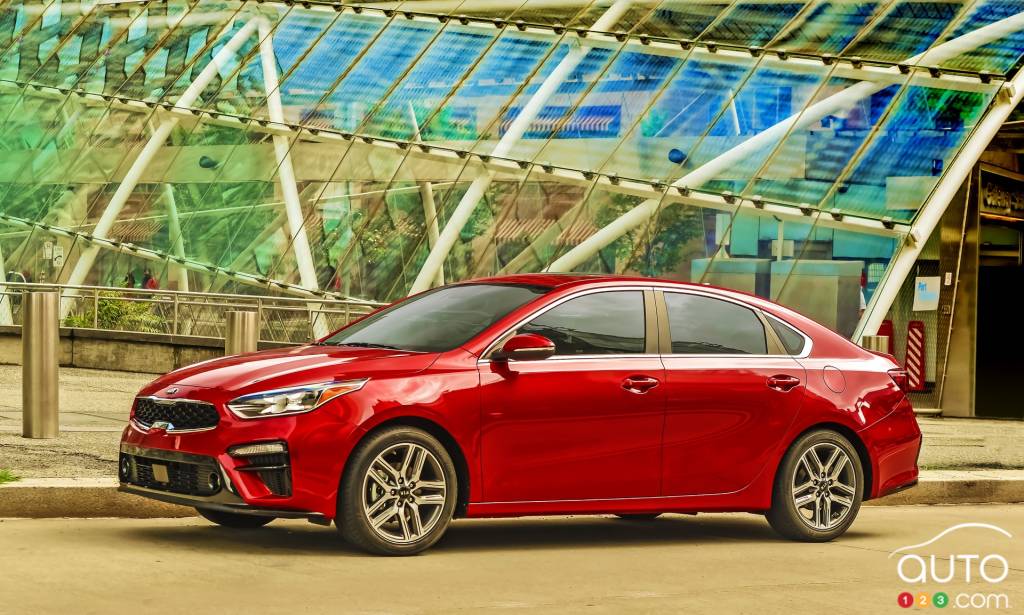 Photos:Kia
Photos of the 2019 Kia Forte
See the complete Gallery

Organizers of the Geneva Motor Show have announced it’s scrapping plans to hold the event in 2021. The ongoing pandemic itself is of course the main culprit,...