It’s long been widely assumed that it was more a question of when than if Dodge would transition its V8-equipped Charger and Challengers sports cars to electricity. Motor 1 now reports that a spokesperson with the carmaker has confirmed that the next generation of the two models will not only ditch their V8 engines, but won’t run on combustion engines at all.

The unidentified spokesperson denied a MotorTrend report that the Hemi engine would return for the next models, and went further, saying that the “next generation will be BEV.” It also goes against what we’D heard previously from Dodge CEO Tim Kuniskis, who had said the launch of electric models from the brand did not necessarily mean the ICE would disappear immediately, or even in the short term. 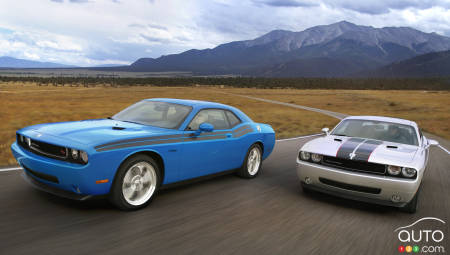 This latest report ties in of course with the open secret that Dodge is already hard at work on a new electric muscle car, which is expected to debut in concept form in the next few weeks. The production version of that model is expected to be ready in 2024.

Meantime, there are reports the company plans to introduce one last beastly version of the Challenger with supercharged Hellcat engine. Tuned to run on E85 fuel, it could deliver an otherworldly 900 hp. Talk about slamming the door on your way out.