The last time the Nissan Frontier got a new design - in fact the only design it’s ever had – George W. Bush was U.S. president, and current Oilers’ sensation Connor McDavid was… 7 years old. A nice way to point out that the pickup has been due for an overhaul for a few years already now.

Overdue is more apt, actually, especially when you consider the rejuvenation taking place in the midsize pickup segment it competes in.

Rumours have been plentiful in recent years in regards to a possible revision of the Frontier, but still we wait, like Habs and Leafs fans waiting for the next Cup.

The latest news to surface (about the Frontier, not Lord Stanley returning to Canada) actually corroborates recent rumours. This time we actually have an idea of when we might see the modernized Frontier. We could see it as soon as next year, as a 2021 model. 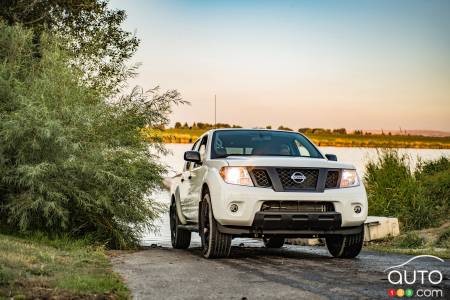 The next Frontier will sit on an updated version of the aging F-Alpha platform that underpins the current model. Nissan is favoring this approach over taking the architecture of the Navara pickup sold elsewhere in the world. That model features a coil-spring rear suspension that, according to a report in Automotive News, is more expensive and thus not a favored choice.

It also appears the next Frontier will get more futuristic styling, but contemporary enough not to scare away buyers in the segment. It will at launch get a 300-hp V6 engine wedded to a 7-speed automatic transmission.

The fight for market share in the midsize pickup segment will be a dogged one for Nissan, which has been passive for a number of years while the competition has grown and become reinvigorated. The company is planning to be aggressive with pricing in order to create elbow room for itself. The new Frontier might be a more-affordable alternative to the Ford Ranger, Toyota Tacoma et al.

This is a strategy that just might work. We’ve seen some pretty astronomical price points get bandied about in the segment in the last year.