The NHTSA (National Highway Traffic Safety Administration), announced this week that it is looking into reports of fuel leaks affecting older Chevrolet models, specifically the Cobalt sedan and the HHR small SUV.

To be clear, this is not a recall yet, but a probe that will seek to determine if a recall is necessary. General Motors (GM) is collaborating fully with the NHTSA inquiry. The agency received 208 complaints from vehicle owners who reported fuel leaks. In 39 of those cases, puddles were seen underneath the presumed spot of the leak, and actual leaking was spotted as well. NHTSA stated the following:

“The fuel leaks are the result of corrosion of the metal fuel lines underneath the vehicle near the left rear wheel well. The corrosion occurs at the polymer blocks that attach the fuel lines to the underbody and underneath an insulation wrap-heat shield adjacent to the exhaust pipe and muffler.”

The agency says it has not received any reports of fires or injuries related to the fuel leaks, and that it is currently evaluating the severity of the problem and the risk it poses. 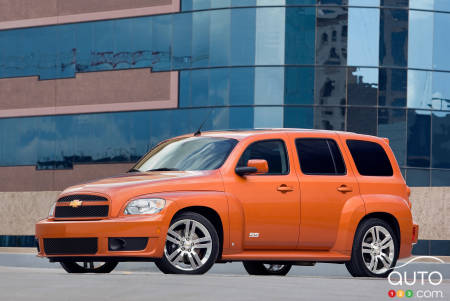