It’s been such a long wait, many had stopped believing we’d ever see the day. And yet here we are, with Nissan apparently working on a new generation of the Frontier for the North American market. It’s being reported that the Japanese automaker is putting the finishing touches on the third generation of a model last revised for our market back in 2005.

That makes the current Frontier one of the oldest vehicles on the market. It goes without saying that it’s no longer up-to-date in the mid-size pickup segment it plies its trade in. Worse, it has gotten bypassed at a time when that segment has made a surprising comeback; the anachronistic Frontier is looking even more so faced with renewed competition.

But that may soon change. Ivan Espinoza, vice-president of product planning at Nissan, had this to say about the Frontier: “"It is something we are actively working on, and will soon be coming to the market…. (The truck is) almost finished."

This last is the key part of the executive’s statement, even if the company is not providing any kind of launch date or details about the new Frontier. 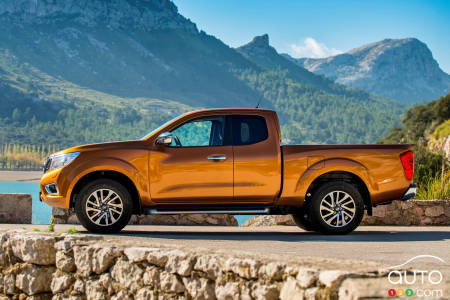 Nissan actually sells a much more contemporary pickup in other market. Nissan could make like Ford and take the Navara and “Americanize” it for the North American market. That said, if that’s all there was to it, they could have done that long ago. It’s more likely that the automaker is developing a new model specifically for our continent.

Nissan representatives have in the past indicated to me that they did not envisage an adapted Navara for our market under the Frontier nameplate. Instead, they suggested, the company preferred the idea of creating a product designed exclusively for North American consumers.

The next few months will likely tell us much on this front.

One relevant question of course is whether the manufacturer has left it too late. If/when the new Frontier does surface, it will find some fearsome competition in its path, from the GMC Canyon/Chevrolet Colorado duo to the new Ford Ranger to the Toyota Tacoma – not to mention the new Jeep Gladiator. 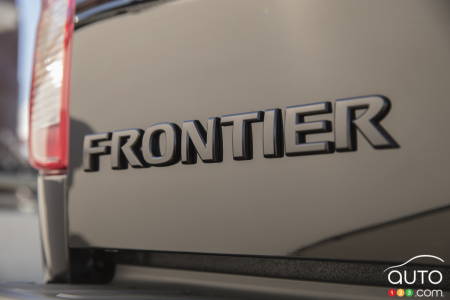