Nissan Canada will stop offering its Titan pickup truck on the Canadian market after the 2021 model-year. The decision comes as little surprise given the poor performance of the model in our country.

How poor? In 2019, Nissan sold 2,807 units across the country, about half the number sold the year before. In the first six months of this year, only 800 models found takers. Yes, Covid-19 has had an effect, but the year prior, Nissan only delivered 1,737 models over the same period. To illustrate the massive gulf separating the hapless Titan from the segment leaders, the Ford F-150 has drawn 56,466 buyers since the beginning of 2020. This means that Nissan currently holds a 0.5% market share in the full-size pickup segment.

"Based on our market objectives for Canada specifically, we have decided to focus our resources on current and future core models in our crossover and sedan portfolios." 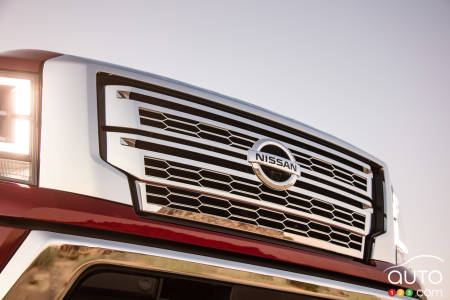 The decision comes in the context of a restructuring at Nissan, which will free the company to launch a product offensive affecting 70 percent of its U.S. portfolio by mid-2022. Ironically, the Titan has already undergone major redesigns - last year, in preparation for this year, some $300 million CAD was invested to restore the model's image.

The Titan will continue to be offered to American consumers. Explained Dan Passe, "It is an important part of Nissan's U.S. product line." That is certainly true, but in terms of sales it's still at the bottom of the class there. In the first six months of this year, it accounted for only 1.2% of segment sales in the U.S. with 12,196 units. This represents a 32% decline from last year.

Canadian consumers interested in the model still have some time ahead of them, but they will have to act sooner rather than later. 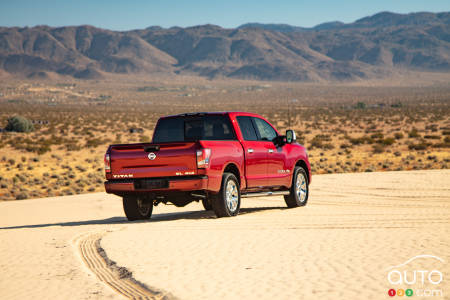 Nissan is recalling over late-model 180,000 Frontier and Titan pickup trucks due to a problem with the transmission. Basically, in the off position, the mech...