We don't talk about exotic cars too often oin here, because that's simply not our mission. However, sometimes you have to make an exception to get a load of what goes on sometimes in the world of super luxury cars.

Case in point, a new model just presented by Bugatti. With its 1,577 hp, the Chiron Super Sport stands out as the most insane of the insane machines produced to date by the super car brand.

The new model is a variant of the Super Sport 300 version, of which 30 were produced two years ago. You may recall that that monster broke a speed record by hitting 300. Miles per hour, not kilometers; for us Canadians, that means it had a top speed of 482 km/h. 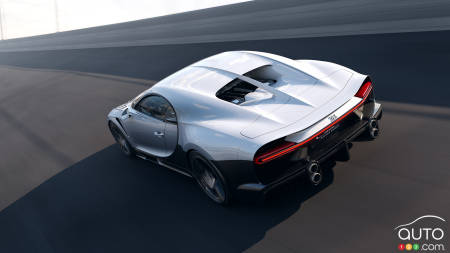 The new Chiron Super Sport shares almost all of its bodywork with the 300 version, except that according to Bugatti it's conceived to be more comfortable and usable in everyday life. It also has a speed limiter that will prevent it from going over 439 km/h. Not that too many owners will be taking it anywhere near 400 km/h…

This Super Sport version gets updated bodywork designed to help it at high speeds. The package it benefits from was designed in collaboration with famed race car chassis manufacturer Dallara. Modifications include a rear axle lengthened by about 10 inches to help keep laminar airflow to the body as long as possible to reduce drag. The exhausts have also been moved from their central position on the regular Chiron to be split in pairs on either side of the large rear diffuser. And there are nine holes at the top of each wing to help relieve pressure from the front wheel arches, among other things.

It's a complex masterpiece of automotive design. 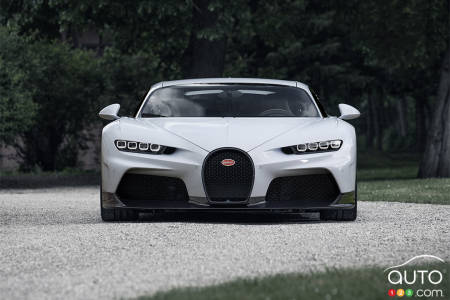 While the normal Chiron and Chiron Sport “make do” with 1,479 hp, the Super Sport variant has been fitted with a more powerful version of the 8.0L, 4-turbo (4!) W16 engine. This block uses new turbochargers and a revised cylinder head to increase power to 1,577 HP. This version sees its tachometer turn red at 7,100 RPM. The maximum torque of 1180 lb-ft is unchanged from previous versions, but is available over a wider range, from 2000 to 7000 RPM.

Bugatti claims that its Chiron Super Sport is designed to offer stability and refinement at high speeds. The problem is that opportunities to experience those qualities in those conditions will be few and far between for most owners, especially those who are far from the German autobahn network. That leaves tracks with long straightaways.

Small detail: the Chiron Super Sport will cost about $3.91 million USD. Deliveries to customers will begin in early 2022. 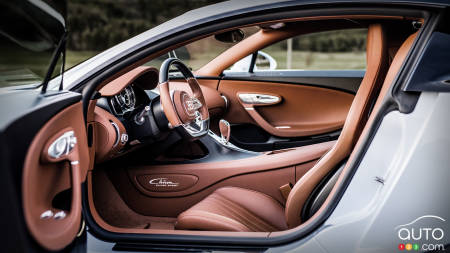 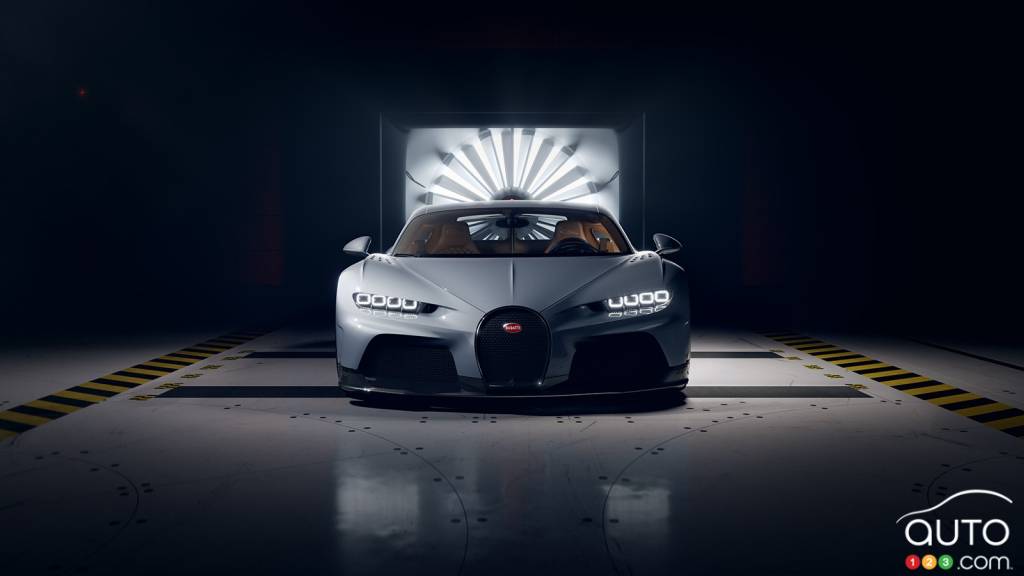 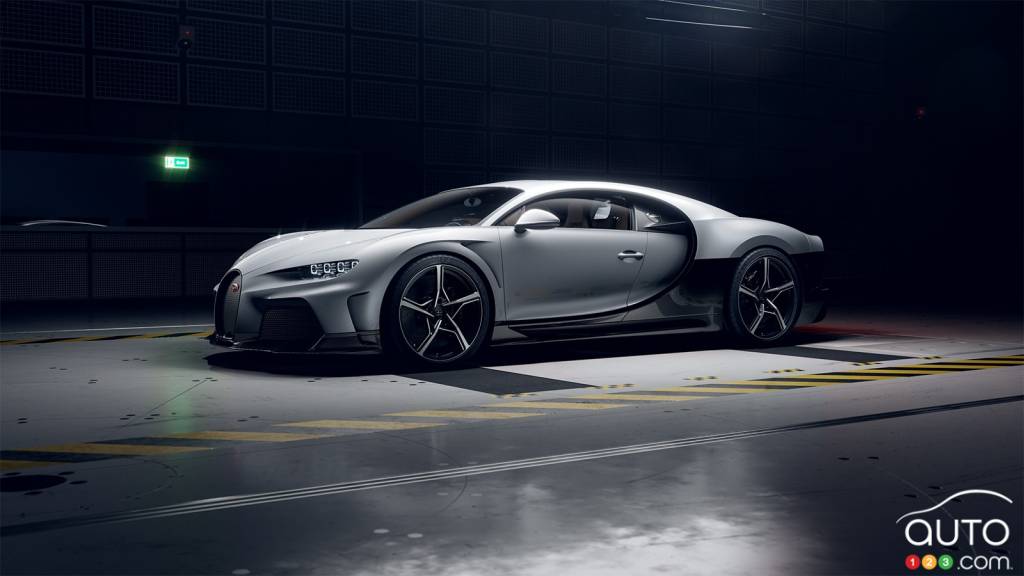 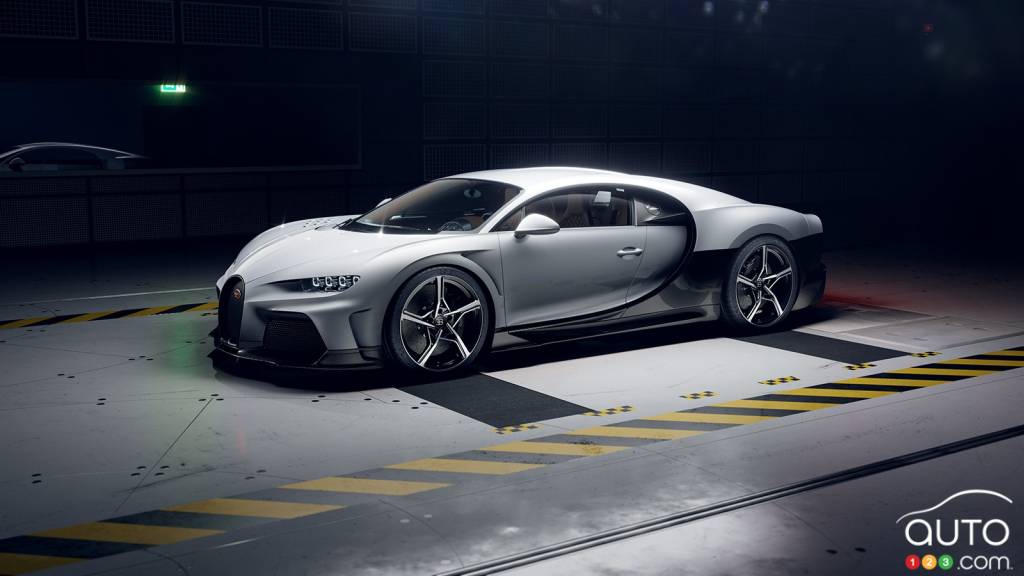 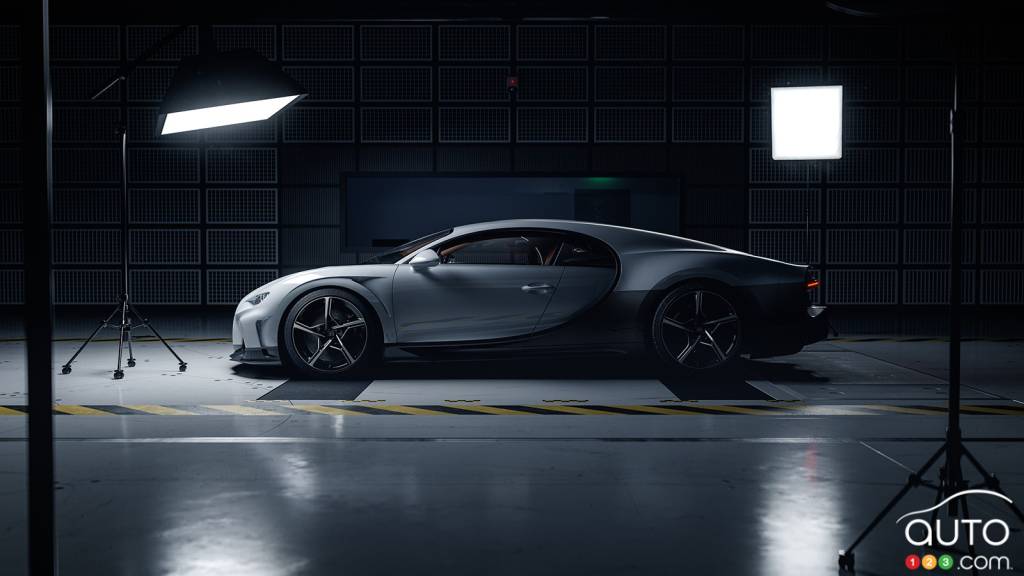 Bugatti Will Produce Another 40 Chirons... and That Will ...

Bugatti has announced that it will make another 40 Chiron supercars to reach its goal of 500 units produced in all. The Chiron will of course be followed by ...

Meet the New Special Edition of the Porsche 911, the Spor...

Porsche is introducing a new special edition of the 911, this time paying loving tribute to the brand's glorious past. The 911 Sport Classic will be offered ...