If there's one thing many have been grateful for with the confinement period, it’s that our roads that have been largely free of traffic, even during typical rush-hour traffic periods.

However, as the economy reopens and activity gradually resumes, there’s reason to wonder whether things will be better or worse once we return to some semblance of normality.

Why? Because it’s quite possible that many citizens will forego public transit or carpooling services to return to the car, for safety reasons. This is probably inevitable, in fact. The only thing that may offset it is a continued high rate of telecommuting.

Predicting how this may go is pretty near impossible, really. 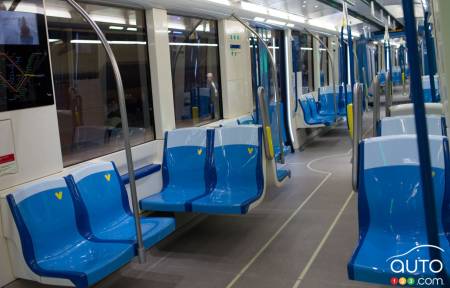 To get some idea of what to expect, we turned to a study by consulting firm Capgemini, which interviewed just over 11,000 people in 11 different countries and came to some interesting conclusions. The Detroit Free Press, Bloomberg and Forbes publications also contributed to the analysis.

The first finding is that in April, traffic overall was down by about 50%. Last Friday, the decline was 29% as people started to return to their routine. In China, where restrictions in movement were implemented before they were in North America, and where deconfinement is already well under way, road travel overall is up compared to the same period in 2019.

Experts predict the same on our continent.

Apple, meanwhile, analyzed navigation requests on the Apple Maps application across 27 different cities. The Atlanta region, which reopened early, saw requests return to normal after recording a 65% drop during containment. In Los Angeles, the drop had been 70%, but it is currently down only 23% compared to normal traffic volumes.

In the United States, car traffic country-wide was reduced by 6% while public transit use was down 71%. Comments made by Jason Rogers, a suburban resident of Nashville, Tennessee, sum up what many are probably thinking as deconfinement kicks in. In an interview with Bloomberg, he said: "I have no interest in getting on the bus or taking a carpool unless I wear a protective suit. I am very careful. I know where my car’s been and who’s been on board". 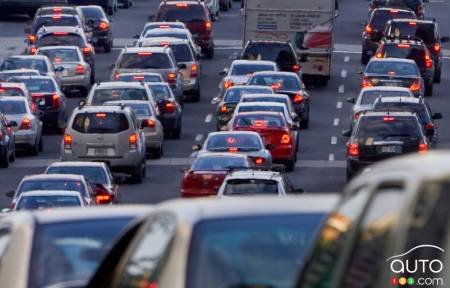 Of the approximately 11,000 people surveyed, 46% said they would use their car more frequently. The Detroit Free Press found that 53% of people surveyed in its metropolitan region planned to reduce their use of public transit.

Agencies that manage public transit systems can expect to face huge losses, all while waiting for a return to normality, which will of course only come once a vaccine or at least an effective treatment against COVID-19 has been found. And even then…

35% of the survey respondents who said they plan to buy a car mentioned that it would give them better control over hygiene. Among people under 35 years of age, 45% plan to buy a car and half of them say they'll use public transit less.

Coming from a generation that has shown far less interest in cars than others before it, that says a lot.

The unknown variable in all of this is the role played by telecommuting. If a large part of the population can work at home two or three days a week, the impact may not be so great on our road networks.

Auto manufacturers are ramping up efforts to produce supplies and equipment sorely needed by first responders during the coronavirus pandemic. FCA and GM hav...