Porsche presents the first Targa versions of its next-generation 2020 Porsche 911.

When Porsche unveils a new generation 911, it usually takes a few years before all variants make their debut. Slowly but surely, the lineup is now starting to fill out.

Porsche has presented – online of course - the Targa versions of the model, which join the regular, convertible, Carrera and Turbo variants.

The cancellation of the Tokyo Motor Show, which was to have hosted the model’s in-person reveal, has led to the 2020 911 Targa making a virtual debut. This configuration will be available initially for the Carrera 4 and Carrera 4S versions. It features a retractable roof over the front seats and a wrap-around rear window, characteristic of this design. The roll bar of this generation is silver out of the box, but is also available in black. 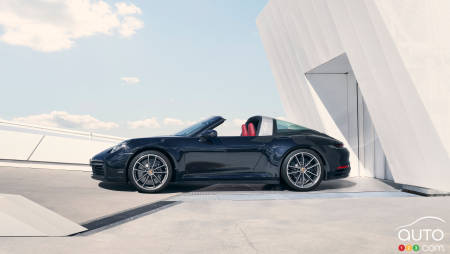 Porsche explains that the Targa roof features two flat pieces of magnesium, which serve the essential purpose of holding the roof in place. At the touch of a button, the roof can be returned to its niche in the rear in 19 seconds. To further distinguish the Targa variant from the coupe and convertible variants, Porsche gave it with more-generous wheel arches and a wider rear spoiler, among other modifications.

The Targa 4 is powered by a 6-cylinder, twin-turbocharged 3.0L engine, a unit delivering 379 hp and 331 lb-ft of torque. With the Targa 4S version, output climbs to 443 hp and 390 lb-ft of torque. Both are served by an 8-speed PDK automatic transmission, while the 4S offers an optional 7-speed manual transmission at no extra cost. This is music to the ears of Porsche and driving purists, no doubt. As of now, it’s not known if the Targa configuration will be offered with other variants of the 911 family.

In the U.S., the Porsche 911 Targa 4 starts at $120,650 USD. For the Targa 4S, the price of entry is $136,550. Of course, expect higher Canadian prices, likely about two or three tens of thousands of dollars. We'll update that when we hear from Porsche Canada. 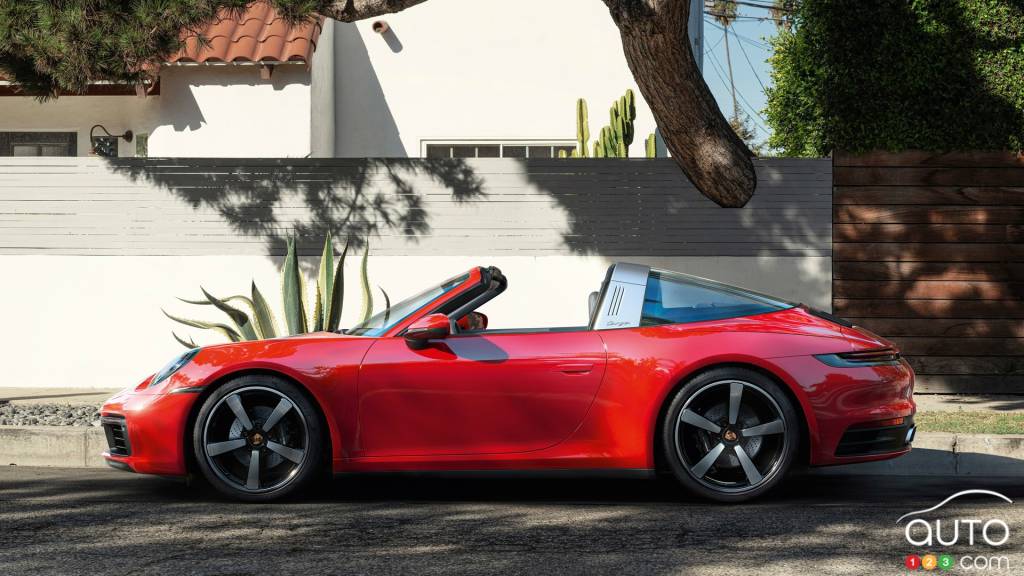 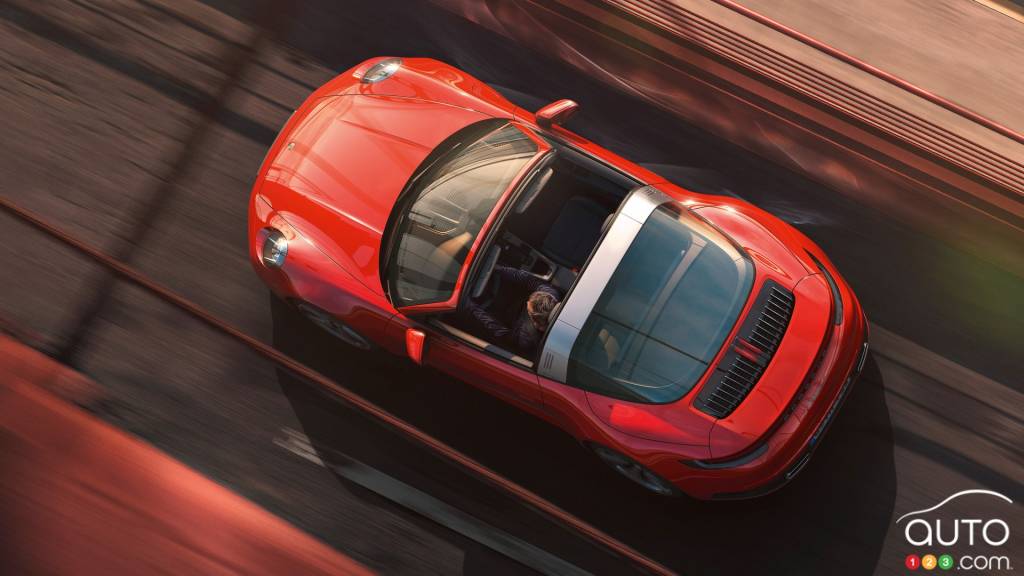 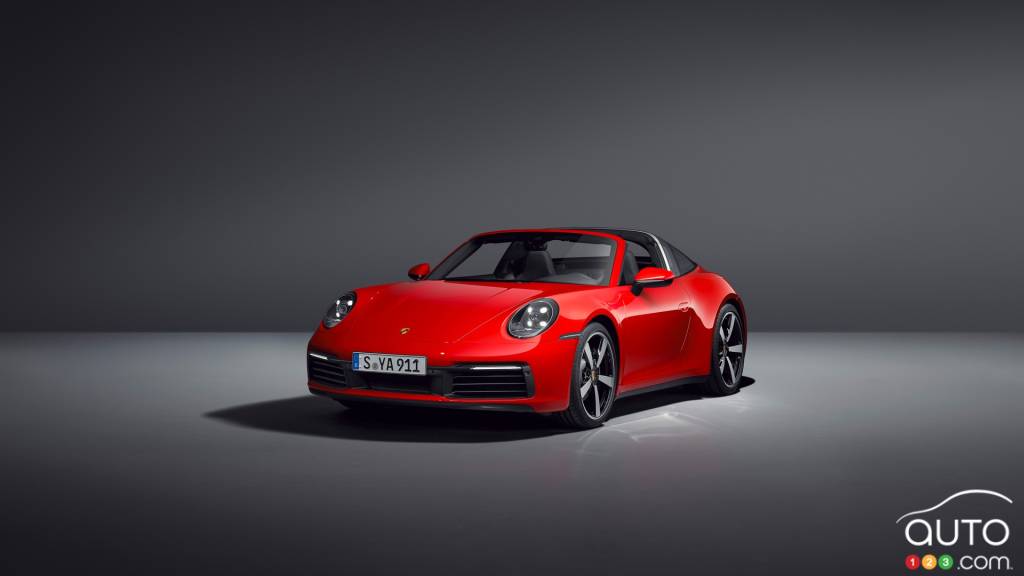 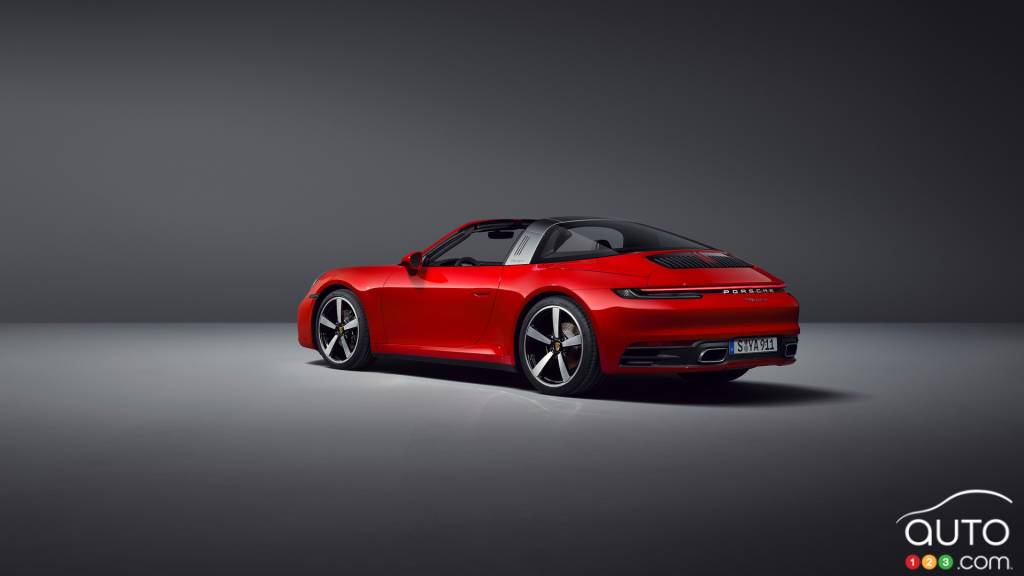 The 2021 Porsche 911 Targa 4 is guaranteed to be fun, but and it’s also guaranteed that it will cost you! Here is our test drive of an exceptional and just a...

Articles By
Daniel Rufiange
A 28th Death Recorded Worldwide in Connection...
Article
Here Are the 10 Most Stolen Vehicles of 2021 ...
Article
Volkswagen Recalls 2022 Golf GTI and Golf R O...
Article
More from this author