There’s been no shortage of talk in recent days about the new Porsche Taycan, the first all-electric product to carry the Porsche badge. We also know that the company intends to transfer the Macan to an electric platform when it renews that SUV.

Now we hear that the 718 could be next in line to get an electric variant. Porsche’s vice-president Lutz Meschke told Auto Express magazine that the model would be a logical choice, sidelining in the process the possibility of the 911 being the potential next EV to join the Porsche roster.

Meschke said electrifying the 911 would be too complicated right now, especially as the model has just been renewed. On the other hand, “for the 718 I think that it would be a very good step for the future and it would be on a completely new platform that we can discuss and share with other brands."

Interestingly, this comment comes a few weeks after Tetsuyo Tada, lead engineer for the new Toyota Supra, said that Porsche would be his first choice as a partner were Toyota to bring back the MR2. 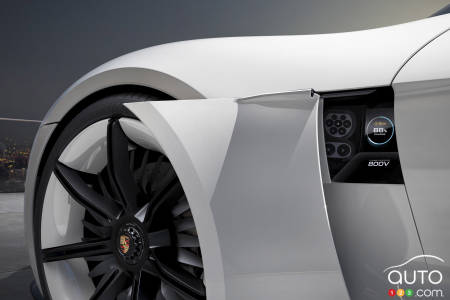 Could there be fire near the smoke here? We’ll have ot wait and see if there’s anything to the idea of  a possible joint platform. For both companies, talking about it costs nothing of course; it’s a whole other ball game to put a plan into action.

What makes this a credible possibility is the economies of scale that could be enjoyed by both parties. We saw this in the partnership that led to the Supra and the BMW Z4, for example. We would likely never have seen one without the other.

One thing is clear from the Porsche exec’s comments: despite the arrival of the Taycan, there’s a certain urgency to develop a pure electric sports car, if only for the image of the brand going forward.

"A pure-electric sports car would not only be important for China but also Europe and USA markets, as sports cars are the heart of our brands and we cannot sit only on SUV cars."

The German automaker will likely be making a definitive decision regarding the future of the 718, electric or not, in the next 12 months.