It never fails. Every time a new performance vehicle arrives on the scene, sure to follow in short order is a story of some over-zealous (and possibly under-qualified) new owner who manages to wreck their expensive new toy almost immediately.

We’ve seen it happen over the years with the Chevy Corvette and special editions of the Dodge Challenger, Ford Mustang, etc.

This time, we’re talking about a new all-electric Porsche Taycan that barely had a chance to hit the road before being sidelined. It covered all of 24 km before the owner proved once again that having the money to own such a performance car doesn’t automatically bestow the necessary driving skills to pilot the thing safely.

The proof is in the pictures we see here; the damage shows the car was involved in more than just a routine fender bender, in which case the front or rear ends or the sides would have been damaged. Rather, we can see that three of the four wheels have been destroyed, likely the result of severe impact with a sidewalk – or two. What’s more, the side airbags have been deployed, which further attests to the severity of the crash. 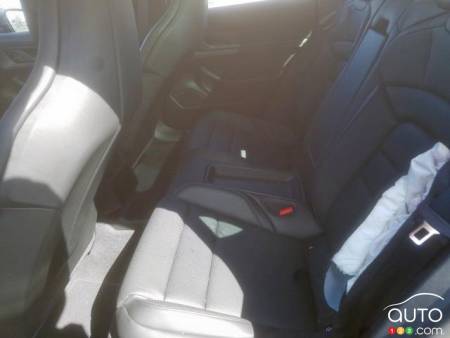 The dinged Taycan, the first all-electric model from the Porsche stable, appeared in recent days on the American website Copart.com, which auctions off accidented vehicles, aftermarket parts and the like. The 15 miles racked up by the Taycan mean it probably was only taken out on the road once, maybe twice. The charge level of the battery pack was at 95%.

We wouldn’t be to be the owner having to explain this to their insurance company. 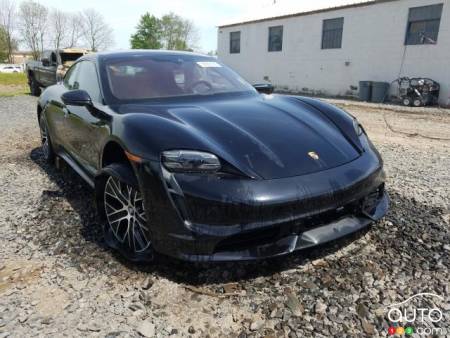 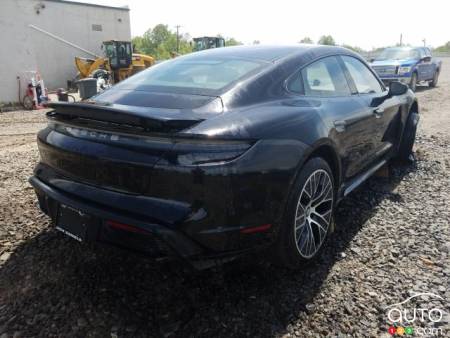 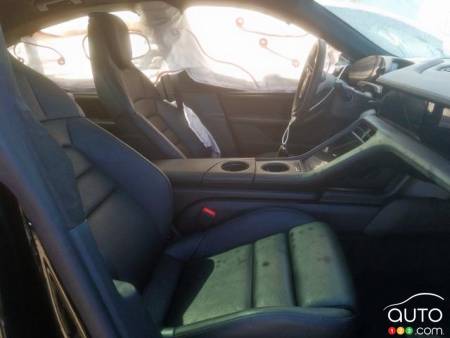 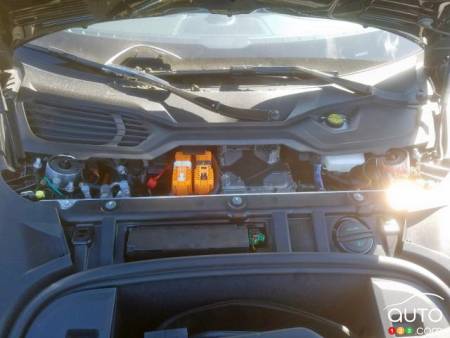 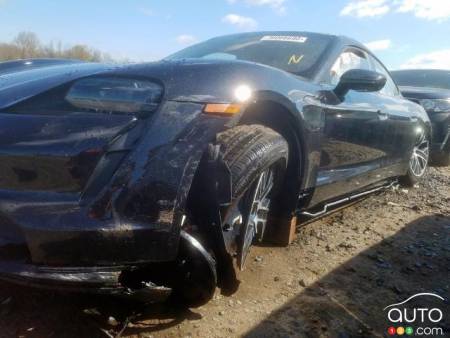 Porsche today rolled out the 2022 Taycan Cross Turismo edition of its popular new performance EV in a virtual presentation. Essentially this is the productio...