Those who were around in the very early 1900s were witness to a revolution as the automobile rose to prominence. And right from those early decades, the industry experienced wrenching upheavals. Those moments of change marked the history of the domain and shaped the century to come.

The early years of the current century have brought with them another period of major disruption. We’ve seen the rise of the electric vehicle, the momentum of which seems unstoppable, and of course there’s the massive migration of consumers towards SUVs.

The car, such as we’ve known it, is in dire straits, with market share hovering around 30% in North America.

Inevitably, this has led to the disappearance of numerous models, or even whole lineups of models from some manufacturers (hello Ford).

As it happens, this week saw the official ends of two different car models as the last Chevrolet Cruze and the last Ford Taurus came off their respective assembly lines. 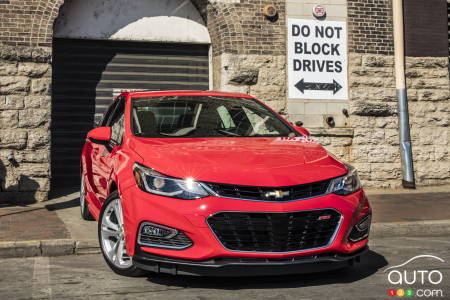 The first of those has been with us since 2010, and in a second generation for the past couple of years.

As for the Taurus, this model gained icon status at Ford from the time it was introduced in 1986. The company sold a bit over 8 million units of the car in all (the Cruze sold for just over 2 million units).

Of course, automobiles are not about to disappear from the landscape entirely; a healthy percentage of people still prefer them over SUVs. The question is, has their market share bottomed out at 30%, or might it drop to 25%, or even 20%? Time will tell, but we can be sure that competition among the manufacturers still producing cars will be fierce.

That said, with the departure of many known names like the Taurus and the Cruze, those who remain in the game, like the Japanese and Korean automakers, will find it easier to claim their turf within the categories.

Nothing lasts forever, they say. So it is with even with car models that have been with us for a very long time.

Lincoln MKZ Going Away After 2020

Lincoln has confirmed what was already widely suspected: It will cease production of the MKZ sedan this summer. The car will be available for the 2020 model-...

Toyota has confirmed it remains firmly committed to the passenger car in both the short and long terms, declaring that it has no intention of abandoning that...

GM's Hamtramck/Detroit assembly line has been building the Volt for the last two months, but the first production versions intended for sale have just starte...