The big news from Lincoln this week was the announcement that it would produce the first EV to come out of the Ford-Rivian partnership. The company also confirmed at that moment that the MKZ sedan will cease to be after the 2020 model-year.

The Autoblog website is now reporting that production of the MKZ at the automaker’s plant in Hermosillo, Mexico will stop this summer, with sales continuing through the end of the year. That facility will then be updated to handle production of the Ford Transit Connect commercial van.

The demise of the MKZ is no surprise, especially given that its cousin over at Ford, the Fusion, was discontinued at the end of 2018. There was no chance the automaker was going to make the needed heavy investment to renew a car that no longer sells in large numbers. 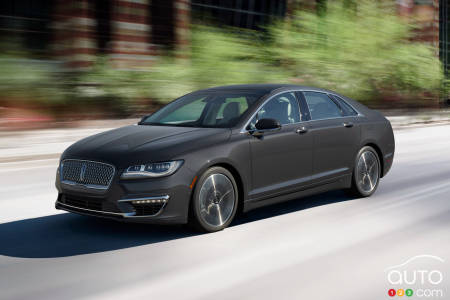 In North America, Ford and Lincoln are focusing on SUVs, trucks and commercial vehicles, as well as investing huge sums of money on electrification and autonomous drive technologies.

Once the MKZ disappears into the sunset, Lincoln’s lineup of cars will consist of the Continental, and that’s all. Unfortunately for those who remain allergic to SUVs, that sedan may also be living on borrowed time. Speculation is rampant that it will be pulled from the lineup after the 2021 model-year.