Long talked-about, teased and anticipated, the Polestar 1 PHEV is the first product to come out under the banner of Volvo’s new premium EV brand. And production of the car has just gotten underway at a plant dedicated to the model in Chengdu, China.

A sedan with a carbon-fibre body, the Polestar 1 was first presented back in 2017. With production now started, it’s expected the first units will be delivered to customers a little later this year.

The Polestar 1 has a substantial range for a PHEV of 150 km thanks to a 24 kW battery. Under the hood it also has a 2.0L 4-cylinder engine that takes over when that battery’s charge is exhausted. In all, that gas engine works with three electric motors, two of them located in the back, for a total output of 600 hp and 738 lb-ft of torque.

And for a hybrid model, the car is also very sporty, promises Polestar. 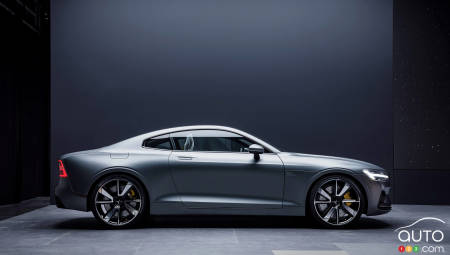 Due to the complexities of its carbon-fibre body, the company will only produce 500 units of the Polestar 1 annually. More accurately, Volvo has planned 1,500 units over the first three years, but it can speed up production if necessary.

The car is built on Volvo’s SPA modular platform, an architecture that we’ve already seen in other of the Swedish automaker’s products.

Once the Polestar 1 is underway, Polestar will turn its attention to the development of its second vehicle, the Polestar 2, which is expected to be presented in 2020. This is to be a smaller electric sedan, and it in turn will be followed by the Polestar 3, an electric SUV. 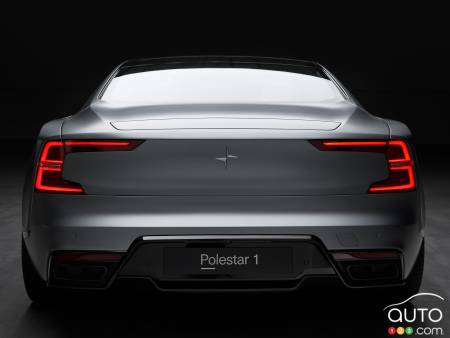 Tesla has beaten its previous mark for most vehicle deliveries in a quarter, as it produced 97,000 units in all in Q3 2019. But the EV company will have to d...