The fully functional concept car – made with a 3D-printed chassis - was recently unveiled at CES Automotive columnist: Derek Boshouwers , Updated: 2023-01-20

•    The Project Arrow EV Concept has moved to the final stage of development, with its unveiling at CES 2023.

•    There are no plans to turn this concept into a production vehicle, but it serves to promote the capabilities of Canadian firms in the field of electric mobility.

•    Its parts can be manufactured now in large quantities for car manufacturers.

The APMA Project Arrow EV Concept is being developed by the Automotive Parts Manufacturers' Association (APMA) of Canada. The project was created to showcase the capabilities of Canadian automotive suppliers and to demonstrate the potential of electric vehicles in the country.

The federal and several provincial governments contributed investments totaling about $8.2 million to the project. 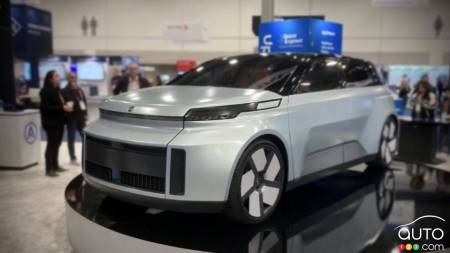 The Arrow EV
The vehicle was designed by four students at Carleton University's School of Industrial Design and built at Ontario Tech University's vehicle engineering facility. It was made using materials and components from nearly 60 suppliers, and it’s said to be 97-percent Canadian-made. Fun fact: the composite chassis of the concept car was 3D-printed (by Toronto software company Xaba).

The Project Arrow EV Concept is based on a mid-size SUV platform and is powered by a 82.5-kWh battery pack, which provides a range of over 480 km, with additional help from a solar-power panel on the roof. The vehicle is equipped with a dual-motor powertrain with total output given at 550 hp and 472 lb-ft of torque. 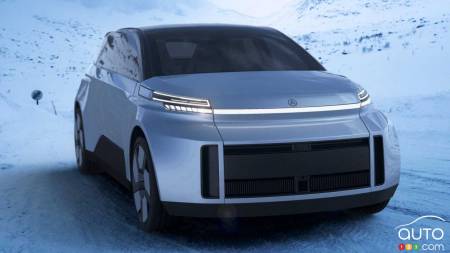 The exterior of the Project Arrow EV Concept is characterized by a low, wide stance and a flowing roofline. We also see a number of aerodynamic elements, for instance active grille shutters and a rear spoiler.

The interior of the Project Arrow EV Concept is designed with a clean and minimalist aesthetic in mind and, of course, lots of space. It includes a 12.3-inch digital instrument cluster and a large touchscreen infotainment system. The seats are of lightweight, breathable materials, and ambient lighting is on hand to foster a relaxing and comfortable atmosphere.

The Project Arrow EV Concept also includes a number of advanced safety features, such as lane departure warning, forward collision warning, and automatic emergency braking. The vehicle is also equipped with a number of drive-assist technologies, such as adaptive cruise control and automatic parking assist, which help to make driving more convenient and safer.

There are no plans to carry this concept through to a production version, in fact there are no plans to even build a second vehicle. On the other hand, the Arrow EV was designed to meet Canadian road regulations and the parts that make it up are commercially ready and can be built in large quantities for automakers.

“Anybody who is considering Canada for electric vehicle assembly, number one we have all the components here, and Project Arrow shows it to you without giving you theoretical BS. Number two, it says we have all the technical know-how and people required to do this successfully.”

The real goals of the APMA Project Arrow EV Concept are thus two-fold: to demonstrate the potential of electric vehicles in Canada, and to showcase the capabilities of Canadian automotive suppliers. In the long run, the project seeks to point the way to a world-leading role for Canada in the electric vehicle domain. But of course, Canada isn’t the only country trying to position itself this way. Time will separate the winners from the rest in this regard. 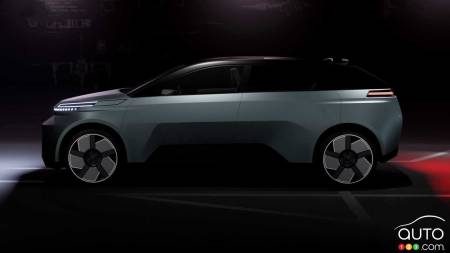 Volkswagen Will Bring a New EV to CES in January

Volkswagen confirmed this week it will present a new EV model at the upcoming Consumer Electronics Show (CES) in Las Vegas. The company won’t say what it is,...

Hyundai put on the Canadian premiere presentations of the Ioniq 6 sedan and Seven Concept SUV at the 2023 Montreal Auto Show. The 6 is coming to dealers soon...

The Costs Associated with EVs Could Lead to Plant Closure...

Stellantis CEO Carlos Tavares is sending a warning in regard to the high cost od developing and producing of electric vehicles. He believes the investments –...