Hyundai gave a preview of the styling language of its future products with the (online) unveiling of the Prophecy concept, originally set to make its in-person debut at the now-cancelled Geneva Motor Show.

The Prophecy concept is a curvaceous electric vehicle that's reminiscent of the 92 Saab of the 1950s, if you squint a little. Hyundai describes the styling as an evolution of its Sensuous Sportiness design language, first introduced with the Le Fil Rouge concept in 2018.

Le Fil Rouge prefigured the lines of the new Sonata sedan, but it doesn't seem likely that the Prophecy concept has a specific production model in its future. Instead it seems to serve more to hint at future design signatures, especially when you consider its voluminous proportions, clean surfaces and very aerodynamic shape. Hyundai pointed out, moreover, that the car's pixelated headlights will be used as a signature on future products. 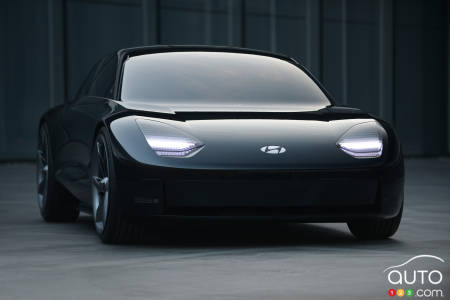 The prototype's long wheelbase creates a spacious interior that, like the exterior, also features retro themes. It is a highly technological space, with the absence of a steering wheel, among other things, making it possible to envisage a vehicle that can be driven autonomously. A large digital screen covers almost the entire width of the dashboard. A purification system also cleans the air that enters the cabin and sends it back into the atmosphere.

Because of its very advanced styling and a look that's closer to a flight of design fancy than an eventual production car, it would be very surprising to see a version of the Prophecy on our roads down the line. On the other when you look at the brand's products in five or 10 years, you will certainly see elements that have been put forward here. 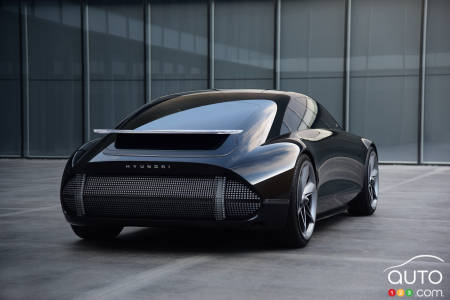 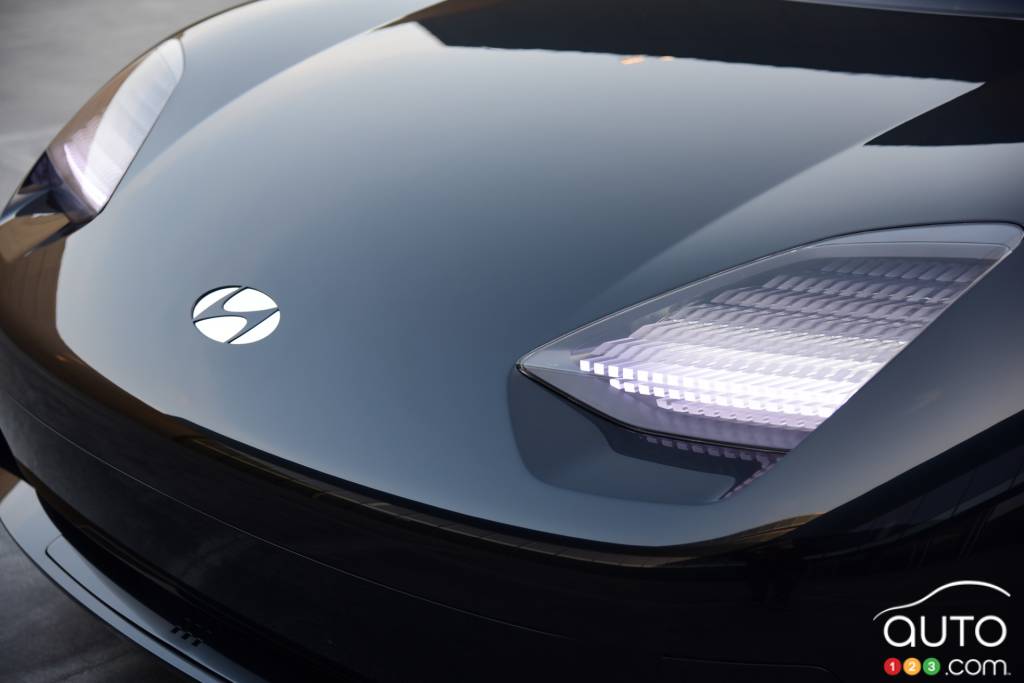 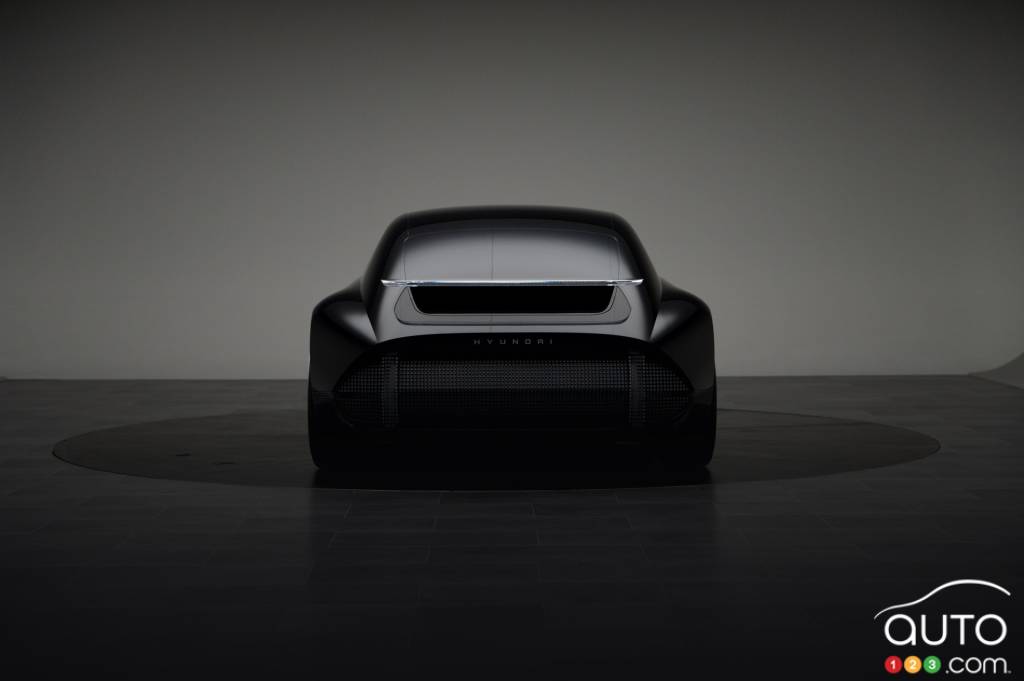 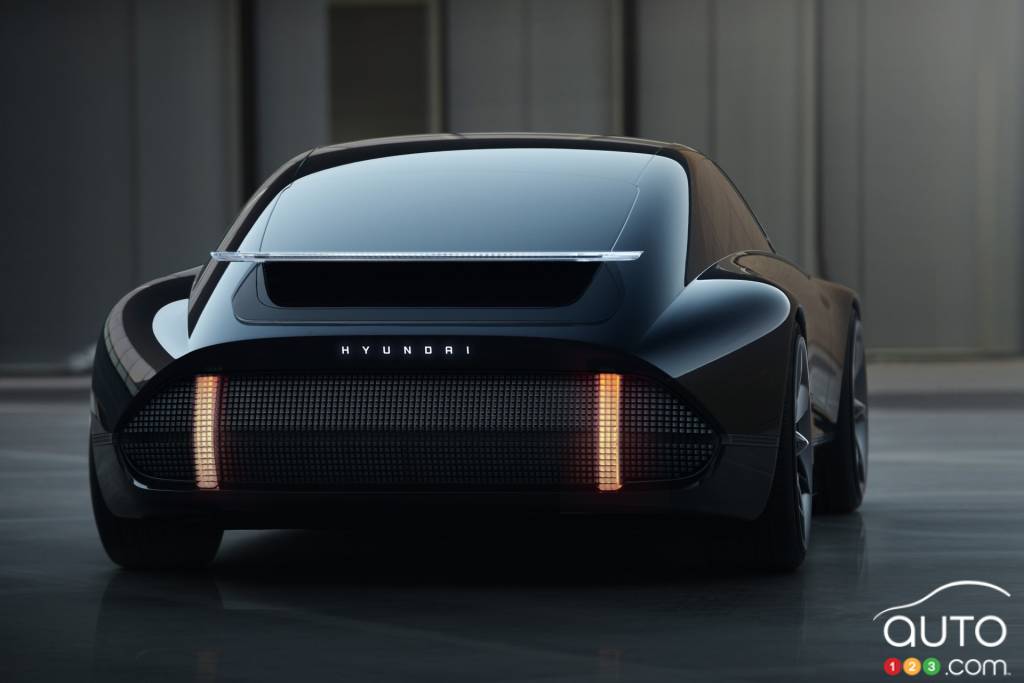 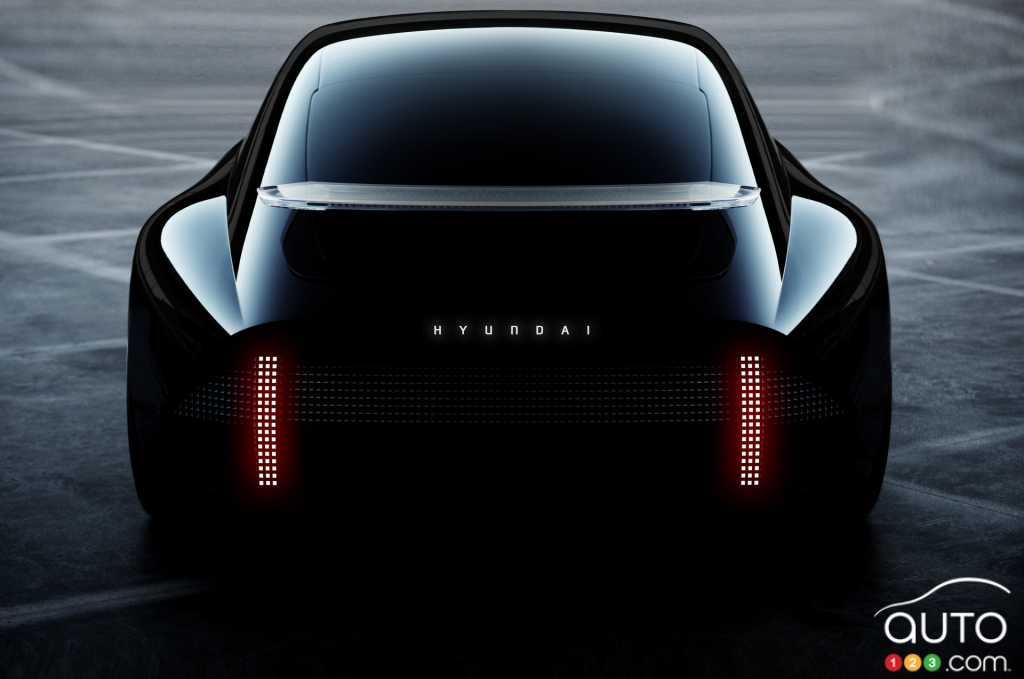 Hyundai has announced it has yet another new all-electric prototype up its sleeve, that it plans to premiere at the Geneva Motor Show in early March. The fir...