The 90th Geneva Motor Show that was to kick off next week has been cancelled by organizers, this as the Swiss government imposes a temporary ban of gatherings of over 1,000 people. Switzerland this week confirmed its first cases of Covid-19 on its territory.

"The 90th edition of the GIMS, which was supposed to welcome the media from next Monday and the general public from 5 to 15 March 2020, will now finally not take place. This is an injonction decision of the Federal Council of 28 February 2020 that no events with more than 1,000 people are allowed to take place until 15 March 2020. The decision falls 3 days before the opening of the exhibition to the media.

The organizers accept this decision: "We regret this situation, but the health of all participants is our and our exhibitors' top priority. This is a case of force majeure and a tremendous loss for the manufacturers who have invested massively in their presence in Geneva. However, we are convinced that they will understand this decision," said Maurice Turrettini, Chairman of the Foundation Board. We would like to warmly thank all those involved in the organisation of the 2020 edition of GIMS.

A few days before the opening of the event, the construction of the stands was very nearly complete. A week ago, during the press conferences announcing the 2020 edition, there was nothing to suggest that such a measure was necessary. The situation changed with the appearance of the first confirmed coronavirus diseases in Switzerland and the injonction of the Federal Council on 28.02.2020. The event is cancelled due to this decision.

In the meantime, the dismantling of the event will now have to be organised. The financial consequences for all those involved in the event are significant and will need to be assessed over the coming weeks. One thing is certain: tickets already purchased for the event will be refunded. The organisers will communicate about this as soon as possible, via their website."

It’s very likely that the majority of vehicles that were scheduled to be revealed at the show will now get some forms of online launches by their manufacturers. Carmakers could also choose to delay some vehicles' premieres. As it happens, this year’s event-that-won’t-happen was shaping up to be a rather smaller show than usual, what with automakers like Ford, Volvo, Nissan, Jaguar, Land Rover, Mitsubishi, Mini and Subaru all bypassing the event.

Virtual premieres from BMW, Porsche
BMW has just now announced that it will go ahead with the presentation of the i4 electric concept at the time originally scheduled at the Geneva show – Tuesday, March 3rd – but via a virtual world premiere, ie., a streamed online press conference. Porsche subsequently confirmed it take the same approach for the unveiling of its range-topping 911. Expect to see more of these announcements in the coming days. 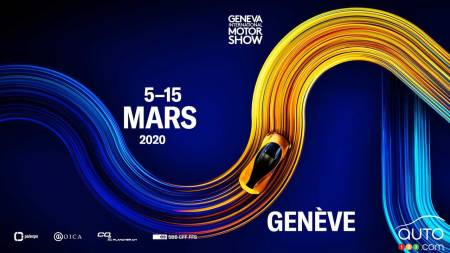 Among the other prominent launches scheduled for the 2020 Geneva Motor Show:

The question for many industry watchers now is, what fate awaits the New York International Auto Show, scheduled for early April? The U.S. has not been hit hard by the coronavirus - yet - but the reality of a large international event like an auto show is that it receives exhibitors and visitors from all corners of the globe. And all of those corners are now grabbling, to one extent or another, with the spread of Covid-19.