This is turning into a multiple-chapter a saga. After we learned last week that the much-rumoured return of a Dakota truck to the Ram fold was dead on the drawing board, this week it appears to be very much still a live possibility.

A report by Automotive News cites a knowledgeable source claiming that work was ongoing to give the brand a midsize pickup truck.

The Ram Dakota disappeared after the 2011 model year. Rumours of a return began to circulate as early as the following year. Instead, it was Jeep that finally produced a model in the midsize segment, debuting the Gladiator in 2020. Jeep’s project actually dated back to before Dakota's departure, it should be noted.

In any event, there’s room for both the Gladiator and a revived Dakota within the automaker’s portfolio, especially since the two trucks would target very different clienteles.

For their part, dealers salivate at the idea of offering their customers a model under the Ram 1500, as can their rival Ford and GM retailers. We've seen a major jump in the popularity of this segment in recent years, and there’s money to be made.

Remember that in 2018, the long-term plan laid out for Ram called for the arrival of a midsize model by 2022. 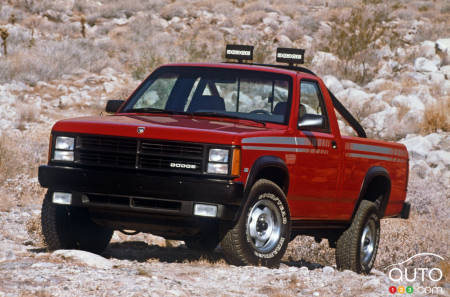 The Dakota, if it makes a comeback, would compete directly with the Chevrolet Colorado, GMC Canyon, Toyota Tacoma and Nissan Frontier, notably.

There’s something else to keep in mind with this dossier. If the model makes a comeback, it would be extremely surprising if it actually revived the Dakota name, which is of course taken from an indigenous tribe. And we know that Jeep is currently in “discussions” with the Cherokee Nation over the use of that name.

Stay tuned for the next chapter in this saga. 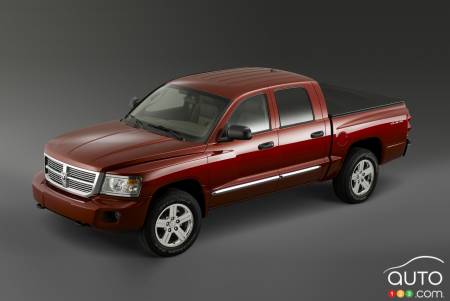 Ram Dakota: Not Happening For Now

The rumours pointing to the return of the Dakota nameplate have turned out to be just… rumours. Though while the idea is not a top priority for Stellantis, t...

Could We See a Compact Pickup from Toyota?

Toyota is reportedly taking a serious look at developing a compact pickup truck, one that would slot in the lineup beneath the Tacoma and rival new small tru...

Will we get an ID.Buzz truck?

Is Volkswagen thinking about offering a pickup truck-like variant of its new ID.Buzz? If the Instagram account of design manager Klaus Zyciora is anything to...