It's rare that you hear about a recall that hasn't happened yet, but that's currently the situation regarding a component made by automotive parts supplier Denso.

This company, which supplies several different auto manufacturers, announced last month the recall of a low-pressure fuel pump installed in more than two million vehicles. This week, it added 1.5 million more units to that list for a total of 3.53 million potentially affected vehicles. Denso is a subsidiary of Toyota, so we can certainly expect recalls affecting that carmaker’s products. However, the fuel pump has also been sold to and used by Honda, Subaru, Mitsubishi and Ford.

At this time, we don’t know which models will be affected because once its part is sold, Denso doesn’t know which vehicles it will necessarily be used with. One thing that is known is that the vehicles that will eventually be recalled are 2013-to-2020 models.

Denso told the National Highway Traffic Safety Administration (NHTSA) that “an impeller in some low-pressure fuel pumps may become deformed under certain conditions, which could render the fuel pump inoperable”. Of course, if the problem occurs while the vehicle is in motion, the vehicle will cease to be fueled, which could result in a dangerous situation for the driver.

Denso says that those who own a vehicle equipped with the faulty pump will be notified by their manufacturer. A problem arises in the case of those who have purchased their vehicle second-hand, and who may not receive the information from carmakers.

In the U.S., consumers can go to the NHTSA website and enter their vehicle identification number to find out if their vehicle is affected. In Canada, it will be possible at some point to obtain that information from Transport Canada, but that’s not yet the case.

Since the recall is recent, not all information about the recall may be available online at the time of writing. Vehicle owners are encouraged to check back on a regular basis, and they can also ask their service centre to inspect the component.

There's no cause for vehicle owners to worry too much at this stage, but it is something to watch for. 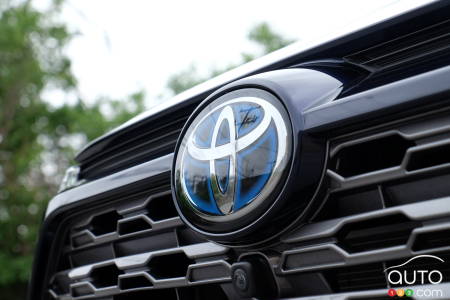