As more and more electric models enter the market, new consumers are starting to take notice, and many of them are feeling ready to make the transition. Add to that the explosive rise in gas prices and you have the ingredients for electric vehicles to have their best year yet, by far.

And so it is that the first quarter vehicle registration results in the U.S. prove it. And if we're talking about the U.S. market, it's because it's a major market and when there's demand there for a product, it has a direct effect on what's available.

Registrations were up 60 percent in Q1 of 2022 for all-electric models, as a total of 158,689 new BEVs were registered. This represents 4.6 percent of all so-called light-duty vehicles in the U.S. 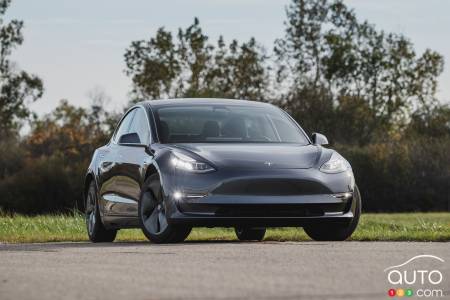 One might think this is because of the arrival of new models, but that is only partially true. While new BEVs are certainly attracting new customers, those already on the market, including those carrying the Tesla name, are also gaining in popularity. In fact, Tesla remains far ahead of its rivals in the electric vehicle domain with a 71-percent market share in terms of registrations (we’re talking about a 65-percent share for the entire electric vehicle market).

No surprise, four of the top 10 best-selling electric models are Tesla models.

It’s inevitable that Tesla will lose market share over the next few years, simply because other manufacturers will flood the market with new products. Nevertheless, the California-based company is still ahead of its rivals and should remain so for many years to come.

EV Sales Double Those of Vehicles with Manual Transmissions

Consumers are now buying twice as many electric vehicles as they do vehicles equipped with a manual transmission. What looks like a case of comparing apples ...