Rivian’s R1T pickup and R1S SUV, the first models to come from the fledgling all-electric automaker, have been eagerly awaited by enthusiasts. However, with a third delay announced in less than a year, some people might naturally start to have doubts.

It’s probably not worth panicking just yet, however. Circumstances beyond the company's control are complicating the rollout of its first models. Like the pandemic, of course, but also the ongoing microchip shortage, itself in part a consequence of the global health crisis.

Rivian CEO RJ Scaringe has sent out a letter to customers stating that the R1T pickup truck is now expected in September, while the R1S SUV should follow a bit later in the fall. Here’s part of what he explained in his letter:

“There are many reasons why our production ramp is taking longer than expected. The cascading impacts of the pandemic have had a compounding effect greater than anyone anticipated. Everything from facility construction, to equipment installation, to vehicle component supply (especially semiconductors) has been impacted by the pandemic. Beyond these unforeseen challenges, launching three new vehicles while setting up a multi-vehicle manufacturing plant is a complex orchestra of coordinated and interlinked activities where small issues can translate into ramp delays.” 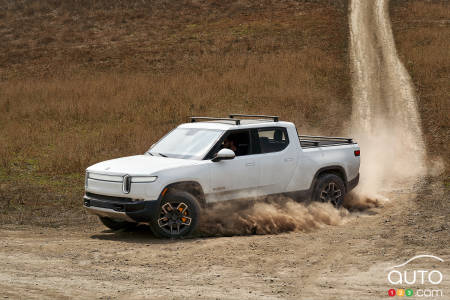 It's not the kind of news Rivian was hoping for, but two months is not a terrible delay... provided there are no further ones. In fact, the question now becomes whether Rivian will or will not now be the first company on the market with an electric truck. Will it be beaten by Tesla or GMC with its Hummer?

Amid the delays afflicting the R1T and R1S, remember that Rivian is also working on a third model, the commercial van it is developing for Amazon.

To date, Rivian has already built hundreds of units and testing continues to ensure the company's “long-term success”, as well as what it describes as the “ultimate satisfaction” of its customers.

The “good” news for Rivian is that it is not the only one experiencing delays at the moment; the entire industry is struggling with this issue. 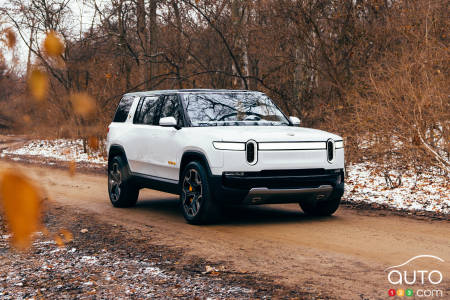 Rivian had some good news to report this week, namely an increase in production in the second quarter of 2022. Having produced 4,401 units between April and ...