Last month, camouflaged versions of the Subaru Outback surfaced in images online, and their camo could not hide an easily recognizable new feature: a distinctly elevated suspension.

At the time, there was every indication that the brand was simply preparing a variant of its popular model, or that it was engaged in some sort of specific testing. Apparently, there was more to it than that. According to Automotive News, Subaru will launch a series of models focused on off-road driving. Some of the information that's being circulated points to the automaker launching a sub-brand, but initially at least these new editions will be variants of existing models, so we’ll stick with the variant term for now.

The models will take the name Wilderness and the two most popular models of the brand in North America, the Outback and the Forester, will get these versions first. The choice of these two models is not surprising - in the United States alone, these two products accounted for 54 percent of the company's sales in 2020.

“The Wilderness is going to give additional capabilities in those car lines, additional style and the look of off-roading to a greater degree than we have right now,” said Wally Sommer, president of Sommer's Subaru of Mequon, Wisconsin, at a dealer meeting last week. “It does fit the Subaru character perfectly,” he added. 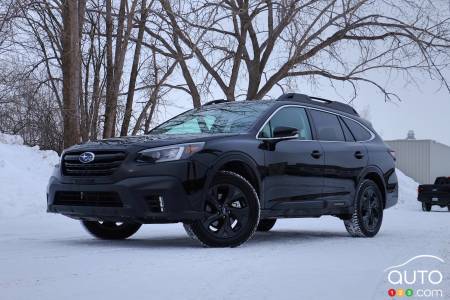 The first model to launch will be the Outback Wilderness, expected between spring and mid-summer of this year. A few months later, probably with its scheduled update, the Forester Wilderness will join the lineup decked with off-road tires, increased ground clearance and some visual tweaks. It will be interesting to see how it turns out, as both vehicles already offer generous ground clearance at 8.7 inches.

“We're hoping that the Wilderness edition will attract consumers that are active lifestyle families and that do like to go out and maybe do a little bit more off-roading. We're excited about the opportunity to have this vehicle capture new clients in the segment.”

- Patrick Wergin, chairman of the Subaru National Retailer Advisory Board, to Automotive News

The Subaru Forester 2022 is substantially revised for this new edition, and while we can confirm that the SUV retains all its usual charms, there is a new on...