Subaru has announced it is recalling 75,965 Impreza vehicles in Canada due to two separate issues that could both lead to a loss of power. In the United States, 671,225 Imprezas are also being recalled over the same issues.

Subaru is actually issuing two distinct recalls. The first one involves 23,282 vehicles from the 2017 and 2018 model-years. Transport Canada explains:

“On certain vehicles, the positive crankcase ventilation (PCV) valve could fail. If you continue to operate the vehicle after this happens, pieces of the PCV valve may enter the engine and cause an engine failure. Safety Risk: A sudden loss of engine power could increase the risk of a crash.” 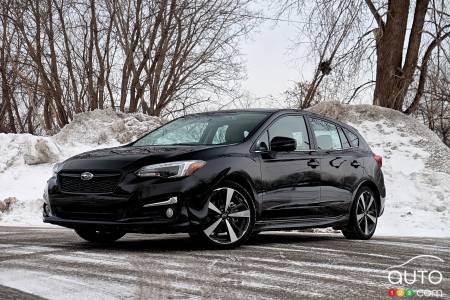 “On certain vehicles, the engine control unit (ECU) may have been programmed incorrectly. As a result, the internal temperature of the ignition coils may increase. This could cause a short circuit and a blown fuse. This may result in a sudden loss of engine power with an inability to restart. Safety Risk: A sudden loss of engine power could increase the risk of a crash.”

In both cases, dealerships will inspect and replace the faulty parts as needed.

Audi is recalling 153,152 of its A3, S3 and RS3 models due to a problem with the front passenger side airbag. The automaker previously recalled A3s for the s...