As we enter the universe of the electric vehicle, the combustion engine may not have said its last word. How is that? Because for some time now, several companies have been working on sustainable fuels, in a few different forms.

Given that the ultimate goal remains the reduction of pollution, no matter how you do it, that goal could in theory be attained with other than just electric vehicles.

In Formula 1, which often acts a precursor to changes and advances in the wider automotive world, the aim is to be carbon neutral by 2030. Those in F1 are counting on a 100-percent sustainable fuel as a key element to reach that target.

The sport is working with partners to develop a fuel that will be introduced by the 2026 season, when new engines are scheduled to be introduced.

The transition has already begun, as this year's cars are using a fuel called E10, which is 10-percent renewable ethanol. The rest remains traditional fossil fuel.

Formula 1 technical director Pat Symonds is leading the team developing the 100-percent sustainable fuel. Key partners include the FIA and Saudi Arabian oil giant Aramco, which is also a major sponsor of F1.

The fuel is being developed with a view to it being manufacturable in sufficient quantities to power most cars in the world.

But rather than relying on fuels such as renewable ethanol, which require large crops of plants like corn, F1 wants to develop a synthetic fuel, E-Fuel. Potential sources for these fuels are biomass and new carbon capture technologies. 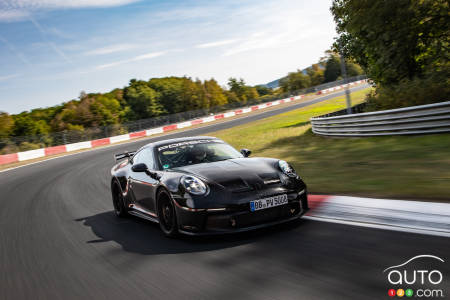 Porsche is already testing this in Punta Arenas, Chile. There, a wind turbine generates electricity used to separate water into hydrogen and oxygen through electrolysis. The hydrogen is then combined with carbon dioxide from the air to produce synthetic, carbon-neutral methanol. This methanol can then be used to create synthetic versions of gasoline and diesel, as well as kerosene used in aviation. Aramco is also planning to build two plants to produce synthetic fuel, one in Saudi Arabia and the other in Spain.

This type of fuel could give a second life to the combustion engine, as emissions are offset during the production of the fuel. The German government is also seeking an exception for the sustainable fuel as part of the European Union's plan to ban combustion engines from 2035.

Ross Brawn, the technical and sporting director of the Formula 1 World Championship, made the advantage of such fuels clear via a statement. “E-fuels offer such a wonderful opportunity,” he explained. “We’re working on an E-fuel where the carbon circle is completely neutral so the carbon utilized to produce that fuel is the same quantity as the carbon emitted from the internal-combustion engine. It means that the engines do not add anything to the carbon dioxide in the atmosphere.”

In other words, the engine releases the equivalent of what it takes out of the air, so its carbon output is zero.

It will certainly be interesting to see if this technology has a future. It could allow some brands to keep their legendary gasoline-powered models in the catalog. Just think of any Lamborghini, Ford Mustang, Chevrolet Corvette, Porsche 911, etc.

The Nissan Sentra Cup is getting a showcase under the big spotlight of the Formula 1 Grand Prix race in Montreal this weekend. Auto123 recently had the oppor...

Gasoline demand is starting to decline across the globe, which may be the first step towards some pricing normalization. Too many unknowns remain, however, t...

UK Gas Prices Reach the Equivalent of $2.87 CAD Per Litre

It isn’t just in Canada that gasoline prices are reaching alarming heights. Motorists in the UK are facing prices closing in on the equivalent of $3 per lit...